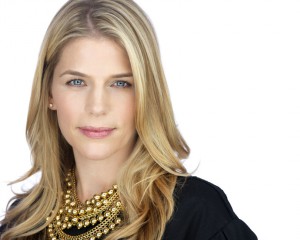 Moore, who has 20 years digital experience, joins from NBCU, where she was general manager and executive vice-president for TV Everywhere, working across the company’s portfolio of brands.

SoundCloud said that Moore takes up a “critical role” at the streaming service as it expands rapidly. She will be tasked with for overseeing SoundCloud’s upcoming consumer subscription products, marketing, and ad strategy, sales and products for both US and global markets.

Based at SoundCloud’s New York office she will report to SoundCloud co-founder and CEO Alexander Ljung, who described Moore as an strategic leader with a “proven track record of building consumer business strategies that drive new revenue growth across multiple platforms.”

“She has an understanding of both the complexities of SoundCloud’s business, and the content and entertainment industries, having spent the majority of her career building businesses, products and experiences that deepen consumer engagement with extraordinary content,” said Ljung.

Prior to her NBCU TV Everywhere role, Moore was general manager NBCU-owned digital women’s lifestyle brand, DailyCandy. Before this, she was HBO’s New York-based senior vice-president of digital products, overseeing consumer experience, operations and audience development for HBO GO and other digital platforms.

“I’m looking forward to joining SoundCloud at an exciting time in its growth,” said Moore. “This new role represents a rare opportunity to grow a vibrant and diverse business platform creating exciting new consumer offerings that amplify SoundCloud’s huge community of creators and brings to light an unrivalled catalogue of music and audio, which houses the most creative voices in music today.”

The news follows reports last month, citing recent financial filings, that claimed SoundCloud made a loss of €39.14 million in 2014 on revenues of €17.35 million. For the three years between 2012 and 2014, SoundCloud reportedly lost almost €75 million.