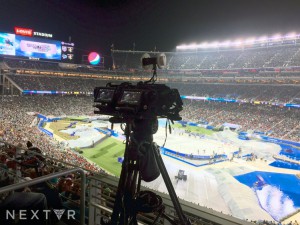 NextVR, a company that specialises in virtual reality live-event streams, has raised US$30.5 million in funding with participation from US pay TV giants Comcast and Time Warner.

Venture capital firm Formation 8 led the funding, with Comcast Ventures and Time Warner Investments joining the round – throwing their support behind the new broadcasting technology.

NextVR confirmed the news, which was reported first by the Wall Street Journal. In a statement to TechCrunch, NextVR executive chairman Brad Allen said that the group of investors was a “major validation” of NextVR’s platform and that the funding reflects the relationships it is building “to provide marquee content”.

NextVR claims that its patented technology makes it the only company capable of transmitting live high definition, three-dimensional virtual reality content over the Internet.

The firm recently carried out live-VR streaming trial of an NBA basketball game to Samsung Gear VR headsets, in partnership with the basketball league and Turner Sports. NextVR has also trialled its technology around other sports such as Nascar racing, NHL hockey and football.

The round funding round was reportedly NextVR’s first with institutional investors.

The news comes after Disney led a new US$65 million (€58 million) funding round in cinematic VR firm Jaunt in September, with Sky also upping its investment in the firm and ProSiebenSat.1 coming on board as an investor.