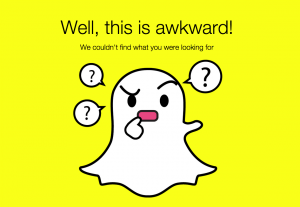 Mobile messaging service Snapchat has closed down its Snap Channel content offering, which it launched earlier this year as part of the new Snapchat Discover platform.

According to a Deadline report, Snapchat is permanently closing the channel, having removed the content from it a couple of weeks ago ahead of a planned relaunch.

The report claims Snapchat has now reconsidered its original content options, turning its back on the channel, which was set up to be home to short-form, musical and experimental content.

Deadline claims that most members of the 15-strong Snapchat Channel team are now likely leave the firm, including former Fox Broadcasting exec Marcus Wiley, who joined Snapchat to be head of development/original content role back in May.

“Given that we are winding down the Snap Channel, it’s natural that Marcus would want to explore other opportunities,” Snapchat said in a statement to Deadline.

Back in January, Snapchat partnered with a host of major TV broadcasters and publishers to launch Snapchat Discover.