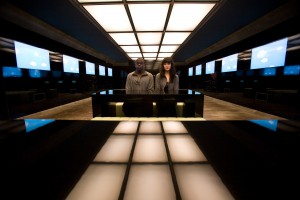 Netflix has acquired broadcast shows including The CW’s Jane the Virgin days after the streaming service confirmed it was to finance new episodes of dark British drama anthology Black Mirror.

This comes soon after Netflix bought ABC’s How to Get Away with Murder, which was one of the biggest hits of the 2014-15 US broadcast season. The New York Times first reported the news, which is expected to be made official today.

Netflix has rights to the show, which creator Charlie Brooker and his House of Tomorrow co-manager Annabel Jones will executive produce and showrun, in all territories outside the UK and Ireland, where “plans are still being determined”.

In the UK, Channel 4 previously had the dark drama, which comprises standalone episodes that look at how technology and media impact peoples’ daily lives.

News of the Netflix deal first surfaced this summer, and confusion how the series will be windowed has followed. Channel 4 is thought to have first-look rights in the territory.

Premiere dates for the new season on Netflix will follow at a later date, with production beginning late this year.

“It’s all very exciting – a whole new bunch of Black Mirror episodes on the most fitting platform imaginable,” said Brooker, who writes the show.

“Netflix connects us with a global audience so that we can create bigger, stranger, more international and diverse stories than before, whilst maintaining that Black Mirror feel. I just hope none of these new story ideas come true.”

Tags: Black Mirror, Channel 4, Colony, How to Get Away with Murder, Jane the Virgin, Netflix, Zoo