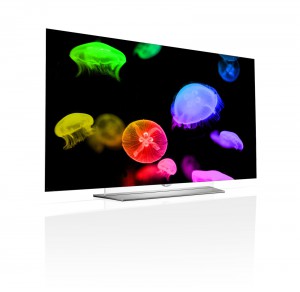 LG is to launch an HDR TV flat-screen TV in the US, UK, Germany and Korea at the end of this month.

The EF9500 range comprises two 4K models that the Korean manufacturer is rolling out as part of its new OLED range of devices. LG is making 65-inch and 55-inch variants available.

The HDR capabilities of the TVs cover video from external devices as well as streamed sources via HDR-compatible HDMI ports.

LG also plans to download a firmware update to its existing EG9600 curved-screen OLED model later this year that will enable them to play HDR video, but without the capability to connect external HDR sources.

LG’s range of OLED TVs includes access to its webOS smart TV platform. The 2015 range features an enhanced user interface and reduced boot time and allows user to personalize their ‘launch bar’ menus, according to LG. Streaming partners on the platform include Amazon Prime Instant Video, Netflix and YouTube.

“OLED TV is not just a new TV – it’s an entirely new category of television that delivers what experts and consumers alike are hailing as the best picture ever,” said William Cho, President and CEO, LG Electronics USA.