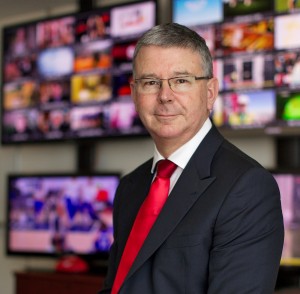 Officials in the UAE Emirate of Ajman have conducted a series of raids on retail outlets to combat piracy in an initiative pushed by pay TV operator OSN.

Following a recent crackdown on piracy in neighbouring Dubai, Abdullah Ahmad Al Ali and Abdulaziz Qaed Murad from Ajman’s Department of Economic Development (DED) conducted raids in five shops in the Emirate, and imposed fines of up to AED 10,000 and destroyed a number of confiscated materials including Dish TV India set-top boxes, according to information provided by OSN.

The authorities have also warned against the use of illegal cables, hybrid decoders and digital piracy, according to OSN.

Saud Sultan Al Shimmari, director of the department of control and consumer protection of Ajman DED, said: “We view TV piracy as a serious offence that violates intellectual property rights and causes huge losses to our economy. Ajman DED will vigorously pursue individuals who promote and sell unauthorised and unlicensed TV services. We encourage people to voluntarily refrain from accessing unauthorised TV services. We urge all to come forward and inform us of any such illegal activity so we can take strong measures to curb this menace.”

David Butorac, CEO of OSN, said: “We are thankful to Ajman DED for their support and action in addressing TV piracy. Through direct action and a joint approach, we can drive the steady awareness and eradication of TV piracy and ensure the UAE economy doesn’t suffer from this black market trade. Addressing TV piracy is important as it also impacts the UAE’s creative industry and adversely affects the economy. It is important to be constantly vigilant to the new techniques illegal operators adopt.”