Only half of young people’s viewing is through live TV 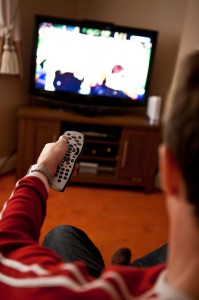 Only 50% of 16-24 year-olds’ audio-visual consumption is through live television, according to UK broadcast regulator Ofcom.

In its third review of public service TV broadcasting, and its first since 2008, Ofcom said that watching content online, on-demand and across a range of devices are “increasingly important” to viewers, particularly younger people.

“Among 16-24 year olds, only 50% of viewing is through live TV as new online services such as Netflix, Amazon Instant Video, BBC iPlayer and All4 give people greater choice of what, and when, to watch,” according to Ofcom.

The regulator said that among 25-34 year-olds, 61% of audio-visual consumption is through live TV – viewed at the time of broadcast – with over-the-top competitors like Netflix and Amazon Prime “making the landscape more competitive.

However, it added that the growth of online viewing also provides opportunities for similar content to be delivered by non-PSB sources – for example news aimed at young people from companies like Vice Media, content from hyperlocal websites and online lectures uploaded by universities.

Ofcom said that public service broadcasting “needs to respond to changes in technology and viewer behaviour,” with broadcasters needing to adapt their models to maximise commercial revenues and efficiencies.

“More people are watching online or on demand, and this presents challenges as well as opportunities for public service broadcasters. They must continue to find new ways of connecting with audiences, and the PSB system needs to evolve to ensure it remains effective in the digital age,” said Ofcom CEO Sharon White.