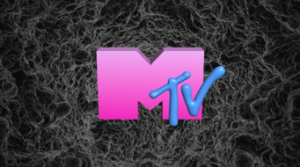 MTV is revamping the branding of its international channels to highlight social media videos provided by members of the audience between on-air programmes and across its digital platforms.

MTV is adopting the tagline “I am my MTV” to replace the long-serving “I want my MTV”. It is also introducing #MTVbump – a hashtag to connect with its audience and spotlight videos – and MTV Art Breaks, a new feature highlighting video art.

MTV teamed up with B-Reel Creative to allow social media videos on Instagram or Vines shared on Twitter with #MTVbump to be up on-air in as little as two hours.  MTV will collect the videos using a custom content management system developed with B-Reel Creative that allows MTV teams to curate the content, filtering for local relevance, pop culture topicality or number of fans, and then schedule it to be up on-air and across platforms.  Users can submit directly on Instagram or with Vines shared on Twitter, or go to MTVbump.com, where they can also view the “bumps” that have made it on-air around the world.

MTV will unveil additional ways for fans to create content to run on-air and across platforms in the coming year, including MTV Canvas, which will launch later this summer. This has been created in partnership with To BE and will take the form of an online sticker book that gives the audience freedom to create and play with the brand, making their own visual art with music, backdrops and more, according to the broadcaster.

“MTV has always been committed to reinvention, and it’s time to shed our skin and reinvent again,” said Kerry Taylor, Senior Vice President, Youth and Music for Viacom International Media Networks (VIMN) and Chief Marketing Officer of Viacom UK.  “Our audience expects MTV to push boundaries and take creative risks, and we truly believe that with this rebrand MTV’s international channels will look like nothing else.”