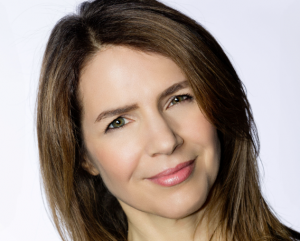 Jill Offman has been appointed the head of MTV in the UK, adding management of the channel to her current responsibility for running Comedy Central.

She takes over at MTV from Kerry Taylor who takes a newly-created role of chief marketing officer for Viacom International Media Networks UK.

Under the new structure, Offman becomes managing director, Comedy Central and MTV, overseeing programming, commissioning and acquisitions across both Viacom channels. She also has responsibility for research, marketing and communications at both channels.

Kerry Taylor, meanwhile, becomes VIMN UK’s first CMO. She will oversee marketing for all VIMN’s TV brands – Channel 5, Comedy Central, MTV, Nickelodeon, Paramount Channel, Spike and BET – across more than 30 countries managed out of the UK, which include Australia and Russia. In her new role she will report to VIMN UK’s COO, James Currell.

Co-commissions since Viacom bought Channel 5 last year include the upcoming UK version of the US format Impractical Jokers. It will go out on and Comedy Central and Channel 5 later this year.

David Lynn, president, VIMN UK, Australia and Eastern Europe, said: “Encouraging greater collaboration between our brands will allow them to compete more effectively for the attention of young audiences in a very crowded and fast moving TV market and allow us to identify new creative opportunities both for the brands and the amazing talent, like Jill and Kerry, we employ.”

Offman and Taylor also both have specific international roles at VIMN that they retain. Offman is senior VP, comedy for VIMN. Taylor is also senior VP, Youth and Music for VIMN, overseeing the MTV brand and its non-music programming outside the US.