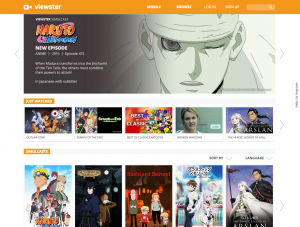 Pereyda becomes chief strategy officer and CEO of Viewster’s US subsidiary. He will lead global strategy and develop the North American market for Viewster, which aims to launch a premium video offering in this market.

“Los Angeles is not only the heart of the global entertainment industry, it is the entry point for anime and related genre content into America. Our new team, led by Rob, will be central to Viewster’s innovation, both crafting and driving our new products and services,” said Viewster CEO and co-founder, Kai Henniges.

Pereyda, who has long worked in the Japanese entertainment industry, started working with Viewster as a strategic advisor to the firm in 2014, following which the firm has become a leading player in anime content streaming across Europe and now North America.

Prior to working with Viewster, Pereyda worked in corporate planning at Bandai Namco, and in licensing at Crunchyroll and Capcom.