TV tuner now available for Xbox One in US and Canada 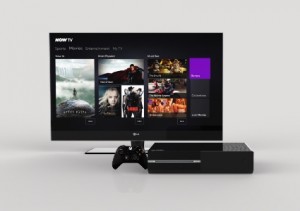 Xbox One owners in the US and Canada can now access live over-the-air TV with the launch of the new Hauppauge Digital TV Tuner for Xbox One.

Microsoft said that Xbox One users can use the tuner to access broadcast networks that are available in their area, subscription free.

Users can also pause up to 30 minutes of live TV, watch TV on the right side of your screen while playing games with the multitasking Snap feature, and navigate channels using Kinect voice controls.

They will also be able to stream over-the-air TV to other devices within the home using the Xbox app on Windows 10 devices or the Xbox One SmartGlass app on Windows, Windows Phone, iOS and Android, even while someone else is playing a game on Xbox One.

The tuner joins a number of other TV-viewing options currently available on the Xbox One console – including live TV apps such as Sling TV, cable TV and satellite TV integration, and on-demand apps like HBO GO, Netflix, Comedy Central, and Hulu Plus.

The Hauppauge Digital TV Tuner for Xbox One is available now for US$59.99 at Microsoft stores and Amazon.