One in four Com Hem subs now with TiVo 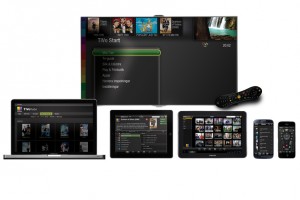 Swedish cable operator Com Hem saw its TiVo advanced TV service taken by 164,000 customers by the end of last year, meaning that 27% of the company’s TV base now took the TiVo service.

The company reduced its overall debt by SEK5.7 billion in the course of the year.

“Going forward, our strategy and priorities remain the same. We are committed to successfully executing on our strategy for sustainable growth and hence generating steady, strong cash flow for our shareholders,” said CEO Anders Nilsson.

Com Hem has made two key appointments, naming Mikael Larsson as chief financial officer and Petra von Rohr as director of IR and corporate communications. Larsson has served as CFO of telecom and media holding company Kinnevik since 2001, while Von Rohr has served as CEO of investment bank Remium and most recently held the position as partner and head of financial communication at Kreab.

Joachim Jaginder is to resign from his duties as CFO and as well as board member within the group companies.

The operator also announced a share buy-back programme and one-time share redepmption. Com Hem will buy back up to SEK1 billion in shares and propose a redemption programme amounting to approximately SEK500 million to be put before than extraordinary general meeting on March 10.

Com Hem has also proposed a dividend of SEK1 per share for 2015.