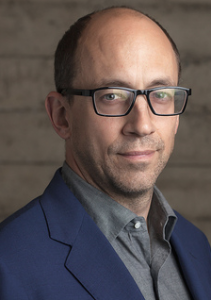 Twitter has revealed that it has “a lot more coming on the mobile video front” as the firm said that it now logs more than 1.5 billion Vine loops a day for its short video service.

Speaking on the firm’s fourth quarter earnings call, Twitter CEO Dick Costolo said that the launch last week of a new feature that lets Twitter users capture, edit and share videos right from the Twitter app is part of its efforts to make video “fast and easy” and available to more people.

“We’re clearly at the very beginning of mobile video sharing and we’ll see with video what we’ve seen with photos – an abundance of creation and consumption happening from the device we have with us all the time,” said Costolo.

“We started our foray into video with Vine, which continues to do quite well and is seeing significant growth in consumption; they’re now seeing more than 1.5 billion Vine loops a day.

“We’ve also been bringing video to Twitter through publishers and advertisers over the last several months via both our Amplify program and our rollout of video.twitter.com tools to professional publishers,” added Costolo.

Twitter revealed that promoted video, which is currently still in beta, was one of three things – alongside website cards and mobile app downloads – that were the “primary drivers” of promoted Tweet growth in the quarter.

Referring to the new video capturing options for the Twitter app, Costolo said he believed Twitter video was “vital” to customers. “Our mission is to give people the power to capture and share ideas and information instantly without barriers.”