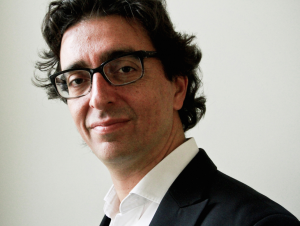 Fox International Channels has recruited Olivier Bramly as its general manager for France, replacing Frederic Chevance who has stepped down.

Bramly joins from Eurosport where he was latterly senior VP, global distribution. He was at the sports channel operator – now owned by Discovery Communications – since 1999 and worked on the launches of Eurosport 2 and Eurosport HD.

At FIC, Bramly will oversee all of FIC’s business activities in France including programming, advertising sales, marketing and production.As well as France, Bramley will also oversee French-speaking Belgium, Switzerland and Africa for FIC.

Joining in April, Bramly will report to Adrian Herzkovich, executive VP of FIC Benelux and France who said: “Olivier had a very successful career in different divisions of Eurosport, with multi-territorial responsibilities mainly focused on affiliate sales. This extensive experience in television will be fundamental in defining our strategic business plan across the French market.”

FIC said Bramly’s predecessor, Frederic Chevance, decided ‘to leave the company to start a new career’. The company told DTVE sister title TBI Chevance had made a personal decision to leave the business.

FIC made a string of senior appointments last year. Bramly’s hire is the first major personnel announcement from FIC this year. The channels group has recently unified its Fox channels under a single brand.