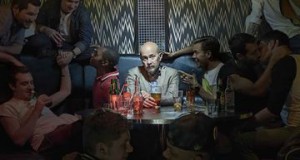 SVT has closed what the Swedish pubcaster describes as its “biggest ever package deal” with BBC Worldwide, the BBC’s commercial arm.

SVT has been a consistent buyer of BBC content over the years, but today’s deal eclipses al previous agreements in terms of volume.

Other shows in the deal include Our Zoo; season four of Death in Paradise, Call the Midwife and DCI Banks; seasons three and four of The Suspicions of Mr Whicher; the 2x50mins Napoleon, 8x50mins The Hunt; 12x30mins The Wild Life; 2x50mins The Treasure Hunters; 3x50mins Invisible Nature; and 2x50mins Jungle Atlantis.

The Honourable Woman and In the Club will debut on SVT1 in April. Wolf Hall will follow later in the Spring.

“BBC Worldwide is a benchmark for quality television and no other distributor can offer the diversity contained in this package,” said Stephen Mowbray, head of SVT acquisitions and sales division SVT International.

Though primarily a buyer of BBC programming, SVTI was able to sell Swedish AIDS-themed drama Don’t Ever Wipe Tears Without Gloves to BBC Four in 2013.