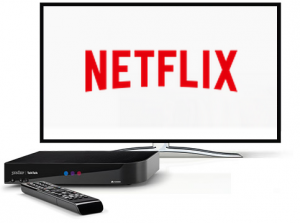 UK service provider TalkTalk has added Netflix to its YouView-based TV offering as of today.

TalkTalk’s agreement with the subscription video-on-demand provider follows its acquisition of the Blinkbox on-demand and sell-through service from Tesco last week. The company unveiled plans to use Blinkbox’s technology to launch a TV app to deliver services for in-home and out-of-home viewing on multiple devices.

“Netflix is a brilliant new addition to TalkTalk TV. As Britain’s fastest growing TV service, we are on a mission to provide the best movies and hit TV shows that our customers can dip in and out of, all at a great price. Netflix complements this perfectly,” said Tristial Harrison, TalkTalk’s commercial director.

“The fact that TalkTalk homes can enjoy such a huge range of must-see content, on their TV as well as on other devices is an exciting step forward. We can’t wait for them to dive into the movies and series everyone’s talking about.”

Bill Holmes, global head of business development, Netflix, said: “By partnering with TalkTalk we’re making it even easier for many TV fans and movie lovers in Britain to watch Netflix on their television screens.”