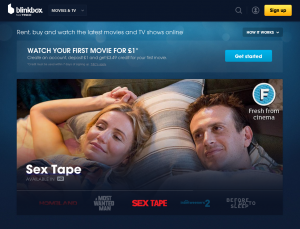 Through the deal, Blinkbox will form part of TalkTalk TV, the operator’s pay TV offering that currently has more than 1.2 million customers.

TalkTalk said that Blinkbox will help to “accelerate the development” of its platform, helping it to offer a TV app that customers can use to access paid-for content across a number of devices – both inside and outside the home.

Integration TalkTalk’s TV business will begin immediately, with the operator claiming that it expects to see “revenue synergies” from integrating and restructuring the Blinbox platform from the end of the year.

At the same time, TalkTalk has bought Tesco’s broadband and fixed line voice base – which consists of 75,000 broadband and 20,000 voice households.

“Blinkbox Movies has thrived since becoming part of Tesco in 2011 and as we enter a new chapter, we are excited by the prospect of Blinkbox joining the TalkTalk family and complimenting their strategy of being the best value for money TV, broadband, mobile and home phone provider in the UK, offering customers flexible access to the widest range of free and paid for content,” said Blinkbox co-founders Adrian Letts and Michael Comish in a statement.

The executives added that in the meantime Blinkbox customers will still be able rent and buy awesome movies and TV shows, even if they are not a TalkTalk customer, and that any films and TV shows have been bought already are “safe and sound and will continue to be available on a range of devices.”

TalkTalk CEO Dido Harding said: “We are excited about the opportunity that blinkbox’s platform and technology expertise bring, and which will significantly accelerate the development of our TV platform.

“The purchase of Tesco’s broadband base is another example of TalkTalk leveraging its national network to grow faster.  We are excited about the future of quad-play – fixed phone and broadband, TV and mobile – and this acquisition will help to further drive home our value for money advantage.”

The deal was agreed for undisclosed terms, but the value of the transaction is reportedly £25 million (€33 million). TalkTalk said the assets have been acquired free of debt and as a single transaction for cash.