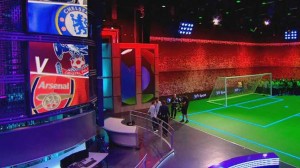 BT TV is to offer Sky’s Sky Sports 1 and 2 premium channels on its YouView boxes from today after securing an interim rulling from the Competition Appeals Tribunal.

Sky’s two premium channels will be added to the existing BT Sport, ESPN and Eurosport services on YouView, giving BT viewers to option to watch an extended range of Premier League football from a single source.

The move means that BT will be able to discontinue selling its older Vision+ boxes, which had previously been necessary to view Sky Sports.

BT and Sky have been engaged in a long-running dispute over the availability of the latter’s sport channels on YouView, with BT complaining that Sky proved unwilling to give it access on fair and reasonable terms and Sky countering that BT insisted on selling its own channels directly to customers on the satellite platform rather than wholesaling them to Sky. BT secured a ruling from the Court of Appeal in February that found that the Competition Appeals Tribunal’s earlier overturning of a ‘wholesale must offer’ ruling by Ofcom was based on inadequate assessment of the evidence.

“We are delighted to now be able to offer a stronger range of premium sports programming on our YouView boxes, adding to the recent launch of Netflix,” said Delia Bushell, managing director of BT TV and BT Sport.

“The ability to bundle together great content on our most advanced set top box will underpin our aim to sell BT TV to more of our broadband customers and to accelerate the number of our customers who take a triple play bundle from us. At the moment we’ve got our best-ever offer available – BT Infinity, BT TV with YouView, BT Sport and Netflix for £5.99 for the first six months. Customers who want to add Sky Sports 1 and Sky Sports 2 can now add that option, whereas previously they would have had to take the Vision+ box and a different deal.”