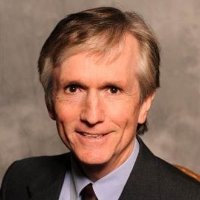 The broadcast technology specialist said that the acquired assets will expand and enhance Imagine Communications’ advertising business systems portfolio, according to the company.

The products acquired from OpenTV include the EclipsePlus, EclipsePlus/xG Billing, EclipsePlus/xG Insights and EclipsePlus/xG Linear advertising campaign management solutions. According to Imagine, serivce providers use these products to manage over 1.2 billion spots and over US$3 billion of advertising revenue annually. The products provide campaign management, traffic and billing and address the need to simplify and combine billing and reporting from multiple order management and traffic systems into a single client invoice based on each ad’s metrics and pricing for multiple campaign types, including linear, on-demand, addressable, Web, mobile, long-form and over-the-top.

Glen LeBrun, vice-president of product marketing at Imagine Communications, said that Kudelski had  “a great set of assets, especially on the billing side”, that would complement Imagine’s own Novar advertising software, which he said was not as widely distributed as the OpenTV products.

“The acquisition meshes well with our current direction which is towards a software-centric modularised next generation platform,” said LeBrun. “The ad business systems are really all about monetisation. We have a strong commitment to advertising business systems and what they can do to help our customers monetise their assets.”

LeBrun said there were a number of customers who took both Novar and the OpenTV Eclipse systems. He said Imagine would ultimately seek to transition towards a next-generation cloud-based platform. “We have a next generation vision where we are moving to the cloud and to a virtualised environment,” said LeBrun, adding that Eclipse nevertheless still had a number of years of life as a product, while the xG billing software developed by OpenTV was state-of-the-art.

While the service provider advertising market has historically been US-centric, LeBrun said he was confident this business would grow strongly internationally too. “We have customers beyond the US currently and feel there is great potential to offer it globally,” he said.