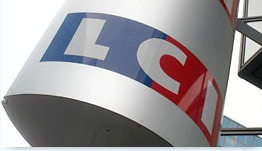 French commercial broadcaster TF1 has said it will make 148 posts redundant as a result of its failure to secure free-to-air status for news channel LCI, currently available as a pay service via DTT and pay TV operators.

TF1 has also appealed to France’s Conseil d’État to reverse the decision by media regulator the CSA refusing its migration to free-to-air on the DTT platform. The broadcaster has asked the Conseil d’État to suspend the decision as a matter of urgency as the channel’s existing distribution agreements are set to expire at the end of December. The proposed redundancies are part of a contingency plan if this appeal fails.

TF1 said that the channel’s future in its current form could only be guaranteed as a free service.

LCI yesterday put its ‘transformation’ project – which the channel will put into place if the Conseil d´État fails to overturn the CSA’s decision – before employee representatives. This would see the news channel continue as a stripped down pay service providing a few hours of programming each day across multiple screens.

The project involves the disappearance of 58 jobs at LCI along with 81 at TF1 and nine at e-TF1, the group’s digital arm.

LCI said it would bring forward voluntary redundancy proposals to minimise the number of compulsory departures.

LCI’s director, Eric Revel, interviewed on the channel, indicated that the offers made for it by newspapers Le Monde and Le Figaro were not satisfactory to TF1 by reiterating that LCI was not for sale. Le Monde president Louis Dreyfus meanwhile accused TF1 of adopting a “scorched earth” policy by refusing to countenance the sale of the channel.