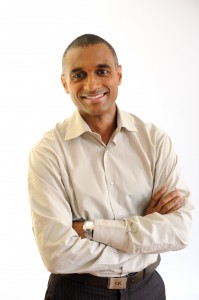 Trace Toca went live this week on MultiChoice’s digital satellite TV service DStv in the two countries at slot number 595 on the EPG. It is available on DStv’s ‘Bue’ (Premium), ‘Grande’ (Compact) and ‘Facil’ (Access) packages.

“Angola and Mozambique are among the most creative and prolific countries for music in Africa. Trace is already very popular in these two countries thanks to our pan-African TV feeds: Trace Urban and Trace Sport Stars. Nevertheless, the unique afro-lusophone cultural identity requires a dedicated music channel specially made to match the tastes of the local music fans,” said Trace Group co-founder, chairman and CEO, Olivier Laouchez.

“In partnership with the DStv teams in Angola and Mozambique, we have built Trace Toca with the ambition to complement the existing music offering and to engage music lovers in a new and great local music experience. This is a fantastic project that will become a fantastic channel.”

MultiChoice CEO, Nico Meyer, said: “We are always excited when we launch new channels on our platform. This ensures the continuity of an excellent programming offer and demonstrates our commitment to provide the best to our subscribers.”

Earlier this year, Modern Times Group agreed to buy a 75% controlling stake in the youth-orientated Trace group for €30 million. The deal closed last month after receiving regulatory approval from the French media authorities.