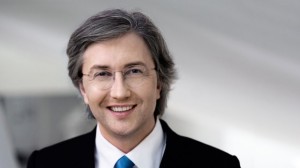 Hesse, who was credited as being “instrumental” in Bertelsmann’s digital transformation – including RTL Group’s online video success – was executive board member and president, corporate development and new businesses.

Bertelsmann said that Hesse had resigned his executive board mandate “on the best of mutual terms,” effective December 31.

However, he will continue to work as a consultant to the board – advising particularly on investment opportunities for digital businesses and on Bertelsmann’s development in the US.

“With his deep understanding of digital business models, Thomas Hesse was particularly instrumental in Bertelsmann’s transformation to digital. Bertelsmann has made excellent progress here. This goes for RTL Group with its billions of online video views and what is now the fourth-largest video network on YouTube, for Penguin Random House with its extensive e-book program and 120 million e-books sold per year, as well as for all our other corporate divisions, including our funds’ holdings in digital businesses all over the world,” said Bertelsmann chairman and CEO Thomas Rabe.

Bertelsmann said that Hesse will not be replaced on the executive board, but his responsibilities will instead be taken over by Rabe.

Hesse joined Bertelsmann’s TV business, now RTL Group, in 1996 and subsequently held various executive positions within the company, including working for BMG and Sony BMG. He joined the Bertelsmann executive board on February 1, 2012.