Telcos should use OTT as separate offering to extend reach, says Telefonica 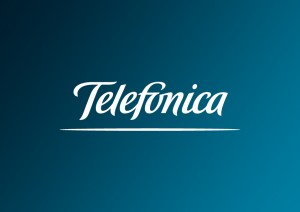 Telecom operators are ideally placed to deliver OTT services, with an opportunity to use these in an entirely complementary way to IPTV services, according to Joaquin Lopez, product definition and strategy director, media service, Telefonica Digital.

Addressing the OTTtv World Summit in London, Lopez cited the example of Telefonica’s own Play offerings as a way in which telcos can use OTT not only to enhance their existing pay TV offerings but to extend their reach to untapped markets outside the area over which they can offer IPTV pay TV services.

Telefonica has launched Play – an OTT service offering incorporating SVoD and TVoD – as a pure OTT service to complement its IPTV offerings. Play is intended as an alternative OTT platform with a separate subscription that sits alongside the TV Everywhere offerings associated with Telefonica’s existing IPTV services.

On the OTT and TV Everywhere front combined, the company has to date launched Brazilian service Vivo Play, a separate offering from pay TV service Vivo TV Fibra, Argentinian service On Video and, in Spain, Movistar TV Go, a complement to the existing IPTV service, which launched in August.

Lopez said pay TV can leverage OTT in three ways. It can provide curation and enable users to discover content. It can deliver what Telefonica describes as “flexilinear” services, adding flexibility to linear TV via DVR, typically the first value-added service for pay TV, cloud DVR and other forms of catch-up TV. And third, it can provide multiscreen access to its content, said Lopez.

Another advantage for Telefonica is that it can use its own CDN infrastructure to deliver OTT services, said Lopez.

Telecom operators are ideally positioned to deliver OTT services as a way to enhance pay TV, as well as being ideally positioned to deliver bundled services, said Lopez. However, with Play, Telefonica has determined that it is important not to restrict access to the telco’s own network, said Lopez. “It is important to go countrywide, knowing there is relatively little risk of cannibalisation of the main pay TV service,” he said.

Lopez said Telefonica plans to offer Play as a separate service with its own set of apps, meaning that is separate from the multiscreen services offered as part of the telco’s pay TV offerings. “If you are a subscriber to a pay TV service and you bundle with Play, you will be able to access Play services,” he said. “It is critical though to separate the brand if you are going to target customers outside your own areas.”

Reiterating that Telefonica sees OTT and pay TV as essentially complementary, Lopez said that  while the  pay TV market is mature in countries including the US, it is under threat more from cord shaving than cord cutting. While Netflix is growing rapidly, there is relatively little direct substitution between it and pay TV offerings, he said. “To some extent these services are complementary,” said Lopez. “Netflix is mostly coexisting peacefully with pay TV. The real threat is ‘zero TV’ homes – now around five million homes in the US.”

Lopez said that Netflix and Lovefilm typically play at the low-value end of pay TV windows for movies and series, meaning a huge catalogue is key to their success. This is leading them to attempt to produce more valuable exclusive pay TV content.

Telefonica currently has 3.3 million TV subscribers but is present in the very high-growth markets of Latin America, said Lopez. Telefonica has developed, in partnership with Ericsson, the Global Video Platform to deliver both pay TV and OTT services.