Lifetime to launch in UK, expected to replace Bio 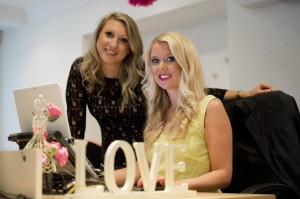 US cable network Lifetime has confirmed it will launch in the UK this autumn. The female-skewing channel is operated by A+E, which back in April told DTVE sister title TBI it would roll out the channel in the UK this year.

It officially announced the launch this morning. A spokesman declined to comment, but TBI understands that it will replace A+E’s biography channel Bio in the UK.

The channel will be run by A+E Networks UK, which is a joint venture between A+E and pay TV platform BSkyB, which operates the A+E channels across the EMEA region. Sky also has its own female-skewing channel Sky Living.

Lifetime will be carried on Sky as well as cable platform Virgin and the UK launch marks its debut in Europe. The channel will provide competition to Sky Living and the likes of Discovery’s TLC in the growing female-skewed channels category.

Ahead of its UK debut A+E has inked a programming deal with Sony Pictures Television for shows including The Client List and Damages.

It has also ordered an original series for the new channel. The Proposers, a fly-on-the-wall series about two women who help men propose, will be produced by UK indie Alaska TV. It was commissioned by Koulla Anastasi, head of acquisitions and commissioning for Lifetime and Crime & Investigation Network.

Tom Davidson, managing director of A+E Networks UK, said: “I am thrilled that the UK will be the first country in Europe to launch this popular channel, bringing viewers big-name Hollywood talent, both on and off-screen, as well as supporting the UK indie sector with original UK commissions.”