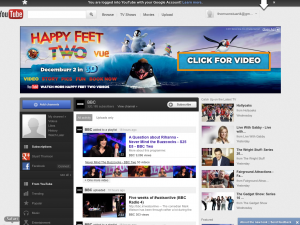 YouTube is reportedly preparing to take its TV ambitions to the next stage by launching subscriptions for individual channels.

According to US-based trade title Advertising Age, citing sources familiar with the plans, the Google-owned video sharing site has approached selected channel providers to ask them to submit proposals for paid channels that are likely to cost between US$1 (€0.74) and US$5 a month.

According to Advertising Age, the initial group of paid for channels is likely to number about 25, and the revenue split from subscriptions will follow the model YouTube has already implemented for advertising. Any launch could be timed to coincide with YouTube’s second ‘upfront’ event for advertisers, to be held in April.

Which channels will be part of any pay rollout remains unknown. It is likely that YouTube will focus on channel creators that have demonstrated an ability to generate large online audiences, including youth gamer-focused Machinima, in which it has already made an investment.

YouTube has been hinting that it could launch a subscription offering for some time. At an event in London in November, Ben McOwen Wilson, UK content partnerships director at the site, said that YouTube was “looking at other models like subscription” provided it could “bring a different form of value to consumers and content partners” than that available via existing services.