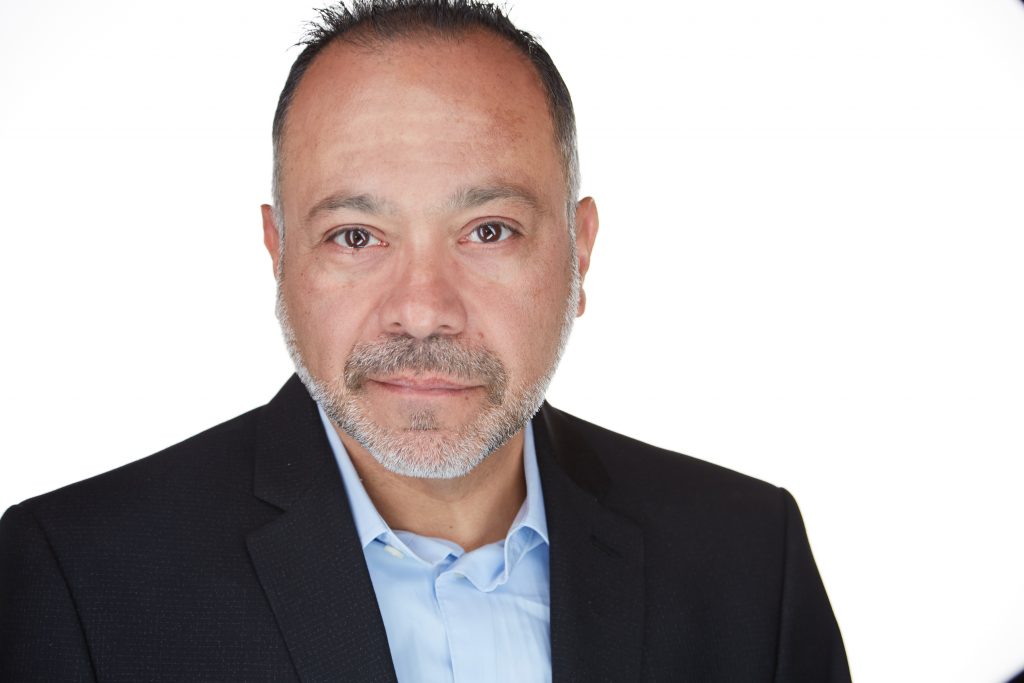 Liberty Global has undergone massive changes over the last year, with a refocusing of its central technology function under the company’s CTO, Enrique Rodriguez. Ahead of Cable Congress, he talked to Stuart Thomson about the cable giant’s priorities and pragmatic approach to networks, connectivity and entertainment.

Liberty Global has undergone a series of major changes over the last year, most notably with the sale of its German and central European assets to Vodafone, which followed the 2018 sale of UPC Austria to T-Mobile and the acquisition of its satellite unit by M7 Group.

This downsizing has happened at the same time as a shift from a phase of heavy capital expenditure to one more focused on reaping the benefits of that investment – albeit while continuing to build out fibre networks and deliver higher speeds over its existing infrastructure.

These changes have had an impact on the way the company is managed. At the start of the year, Liberty initiated a big decentralisation drive that saw the disappearance of a central commercial function and a refocusing of its technology and innovation organisation.

Chief technology officer Enrique Rodriguez, who joined the cable giant from TiVo in July 2018, and was elevated to the board following the departure of former commercial chief Diederik Karsten in March, says that the changes in the central tech and innovation unit were more about optimising how best to develop and deliver roadmaps for networks, entertainment and connectivity across the company.

“Our implementation has always been local, with different brands across different countries,” he says. “The changes we made earlier this year were to push more of our technology and operations out to the operating companies. We can now be much more aligned with the local sales and business teams.”

He cites the appointment of Jeanie York, formerly Liberty’s VP of network operations, as chief technology and information officer at Virgin Media at the head of an enhanced combined local engineering and IT team, as a key example.

Liberty Global’s network, connectivity and entertainment platforms remain the responsibility of the central team, along with a new unit dedicated to servicing the ongoing needs of the operating companies that have been sold.
The ongoing stream of service revenue that the company takes from units acquired by third parties has increased significantly and Rodriguez says it make sense to have a dedicated organisation to look after this.

In relation to Liberty Global’s own remaining operating units, Rodriguez is focused on the evolution of networks, connectivity and entertainment.

Regarding networks, the company is focusing on building out fibre in new areas and in digitising its HFC network.

“We continue to increase the penetration of fibre both in the core and access networks and we are continuing to digitise so that more and more of our traffic is carried over IP,” says Rodriguez. “This allows us to take advantage of an ever-broader set of technologies that are being used in the growing market of IP networking.”

The evolution of the network involves an ongoing reduction in the use of active analogue components “wherever we can” and the deployment of technologies including Remote-PHY and virtual CMTS to “centralise the intelligence of those networks and push analogue processing further and further out towards the end customers”, says Rodriguez.

“This gives us a lot of flexibility when it comes to increasing capacity and frequency planning in the coax part of the network. It increases our operational efficiency and reduces just about every operational headache that you have in a network the size of ours,” he says.

“At the same time, it improves the consumer experience on those networks that fewer active components. We see improved performance and reliability, which is extremely important in the connectivity business.”
Virgin Media has continued to roll out full fibre networks in new build areas as part of the Project Lightning initiative, although the company’s latest initiative, Gig1, is about delivering 1Gbps to a wider footprint over its HFC network using DOCSIS 3.1. Liberty has in fact now rolled out or unveiled plans to roll out 1Gbps services across its footprint. Virgin Media has kicked off the deployment of Gigabit broadband over its HFC network, beginning in Southampton, taking 1Gbps downstream speeds to 100,000 premises.

The company plans to bring these speeds to its entire network, covering 15 million premises, by the end of 2021. The initiative also sees the launch of Virgin Media’s new DOCSIS 3.1-enabled Hub 4 router.
UPC Switzerland has also begun offering 1Gbps speeds across its entire footprint, with customers opting for 1Gbps Internet to receive a new Giga Connect Box. Belgium’s Telenet has also announced plans to roll out DOCSIS 3.1 across its footprint.

“We have made announcements in our Gigabit markets, taking advantage of new technologies like DOCSIS 3.1 both at the network and the gateway level to make sure we continue to get further speeds and we have maintained the speed leadership in just about all of our markets,” says Rodriguez.

He says that Liberty will look at different network architectures to reach consumers, depending on the circumstances. “We don’t see ourselves as tied to HFC or any one technology. We think we can be quite smart about where is the right place to deploy each one of those network technologies,” he says.

“When you look at our footprint it is dominated by HFC. I’m pretty confident we have a clear way to 1Gbps and beyond with HFC but you will see us utilise whatever network technology we feel is appropriate for a given use case.”

He says one of the goals of the central technology organisation is “to make sure that those networks have as much commonality as possible is things such as operational management”.

Rodriguez highlights Liberty’s successful rollout of the advanced gateway, which is now present in 13 million homes across its footprint. He says that the company is continuing “to improve the Quality of Service and performance and increase the intelligence” of the platform with a combination of Connect Cloud, Liberty’s smart cloud technology, and its Connect app, which allows consumer to manage certain features of the gateway, get help of monitor performance.

In-home connectivity is a key and often overlooked part of the connectivity puzzle. Liberty Global has yet to make any commitment regarding WiFi 6, the latest and potentially greatest generation of in-home networking technology, which would require the roll out of new consumer hardware, although Rodriguez says that is something that will be “coming onto our roadmap in the future”. However, he says that Liberty is continuing to make continuous improvements in WiFi, including the deployment of new smart WiFi features in its existing generation of gateways.

Beyond connectivity, video entertainment remains a central part of Liberty’s proposition and the operator is also continuing to evolve its entertainment platform. The latest iteration of its RDK-based core platform, Horizon 4, has been rolled out in Switzerland and the Netherlands and a soft launch is underway in Belgium. Rodriguez says that Liberty is “at work on planning its deployment in the UK, starting with field trials later this year and scale deployments in 2020”.

Continuous evolution of the feature set offered remains a key goal, and Rodriguez is particularly enthusiastic about the potential appeal of voice interaction.

“We see a lot of engagement around voice control,” he says. “This is something, that the consumer really likes to use if it is done right. We want to see continuous improvement when it comes to functionality.”

Regarding TiVo, where Rodriguez was briefly CEO before joining Liberty and which supplies Virgin Media’s current TV platform, the technology chief describes his former employer as “a fantastic partner” with which it recently launched advanced advertising. He says the company has “still to detail” how it will manage the transition between the two platforms but points out that, in a business where sweating legacy infrastructure is crucial to the bottom line, Virgin will likely continue to service TiVo boxes for a long time to come. 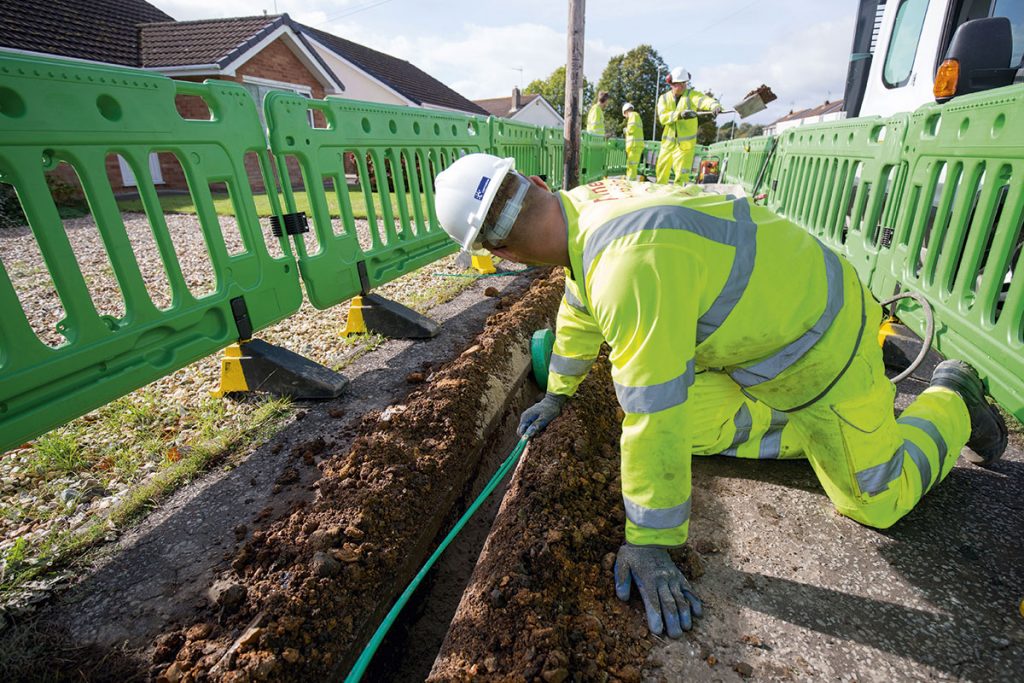 Virgin Media, which has been building out fibre under its Project Lightning initiative, is now launching 1Gbps services over its existing HFC network.

“This business relies heavily on existing hardware. It may not be technically possible or economically feasible to replace or update hardware to keep everything aligned and the business is used to having different generations on the go at the same time,” he says.

Its investment in Horizon 4 notwithstanding, Rodriguez implies that Liberty is in any case broadly agnostic about how to deliver entertainment services – with the inference to be drawn that this will primarily be led by consumers.

“We have been believers in executing a strategy that integrates bring-your-own-device in a number of ways,” he says. “It depends on the market but we have deployed on Apple TV and on the retail versions of Android TV, on

Android-powered TVs and smart TVs and on the complete range of mobile devices. Entertainment belongs on every screen. If people love their Apple TV, we don’t have any issue in bringing entertainment to those devices.”
Rodriguez does not completely rule out a future deployment of Android TV Operator Tier either. “You can move between different versions of Android relatively easily and it would not be a significant development for us to use Operator Tier. We continue to evaluate it but we have made no decision one way or the other,” he says.

Entertainment is likely to play a significant role in driving consumer interest in fixed-mobile convergence.

At a commercial and strategic level, fixed-mobile convergence was a key motivator behind the sale of Liberty’s operating units in Germany, Austria and central Europe as well as the potential sale of UPC Switzerland and the creation of the VodafoneZiggo JV.

All of this was to some extent driven by the perceived appeal of attractively priced bundles of fixed and mobile products to consumers. However, Rodriguez places more emphasis on the ways in which the combination of fixed and mobile networks could connect with consumers’ changing lifestyles.

“The main thing is to identify ways in which the convergence of fixed and mobile networks improves the consumer experience. In some cases it could be pricing or more seamless roaming between mobile and WiFi or things that cross over between your mobile life and life in the home,” he says. “We used to talk about entertainment to every screen. We never called it fixed mobile convergence but that is exactly what it is. It is bringing you services that are traditionally associated with fixed networks in the home to every screen. I think we have only seen the beginning of what fixed mobile convergence can bring to the end consumer.”

Similarly, Liberty will remain pragmatic about its overall mobile strategy, relying on MVNO agreements to deliver mobile services where that makes sense, while looking to ownership of mobile networks in other markets such as The Netherlands.

“We are not religious about any one of these technologies or trends. We adapt pretty well to different markets,” says Rodriguez.

The same applies to other potential consumer applications associated with high-speed connectivity, such as the smart home, augmented reality and cloud gaming. While Telenet has experimented with smart home applications, and with AR through its venue-based gaming experience The Park in Antwerp, Ghent and Hasselt, Rodriguez believes it will be some time before such applications are ready for wide-scale deployments.

In the meantime, Liberty is focused on making the best use of its network and technology assets to provide to consumers the services they actually want to use now.

DTVE: the week in view – @Disney and @ViacomCBS to lean on extensive libraries for international streaming products… twitter.com/i/web/status/1…
08 August 2020 @ 12:00:00 UTC