Video-on-demand gives broadcasters the chance to tap into the growing demand for consumers to be able to watch content on their terms – at any time on any device.

Online on-demand services including iPlayer and Hulu have proved popular. While on-demand viewing is nothing new, operators are beginning to see real demand from customers for VOD services and broadcasters have taken note.
For Lousie Cottrell, vice-president of affiliate sales for pan-European broadcaster Chello Zone, demand for traditional linear channels remains strong but the popularity of on-demand has increased, particularly over the last year. She says that, for Chello, the role of VOD is to build loyalty amongst its viewers: “On-demand services have served as an additional means of taking our content and brands to a wider audience. This means viewers that are creating their own channel environment via PVR or VOD are keeping our brands front-of-mind. If we can offer the content audiences are looking for across our range of channels and they can find this content without having to try too hard, it will increase our chance of building solid viewer loyalty.”

Her sentiments are shared by Greg Ricca, president and CEO Discovery Networks International. Discovery has invested heavily in its digital presence across the globe and Ricca says it is playing an important role in getting viewers to interact with the brand beyond the linear channels. “It is increasingly important for us to connect with consumers through multiple touch points. In today’s fragmented environment they turn to brands they can trust, like Discovery,” he says, adding that VOD is just one way of reaching consumers. The broadcaster currently offers 17 online destinations, mobile services, online VOD, download-to-own content (via iTunes) as well as content syndication. 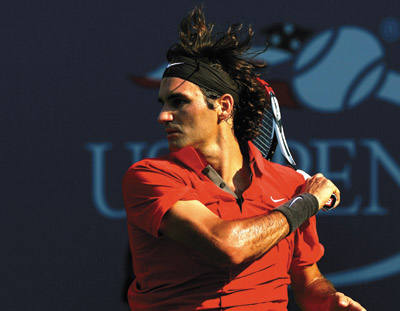 One reasons for the growth in on-demand is the development of digital networks, particularly amongst European cable operators. MTV Networks International’s emerging markets division focuses on developing channel brands in emerging EMEA markets. Its approach to VOD varies by market, according to Bhavneet Singh, the company’s managing director and executive vice-president: “Within emerging markets we’re seeing more operators asking for VOD content and we’re seeing VOD becoming an increasingly important part of the mix as the industry develops and especially as major platform operators start upgrading their infrastructure.”

HBO Central Europe, headed by CEO Linda Jensen, is another international broadcaster present in the CEE region. It has developed an SVOD service featuring the same content available on its premium channel alongside HBO-branded library content. For Jensen, international broadcasters including HBO must provide a branded multi-screen environment, something that VOD services can help to deliver. “With the advent of on-demand, this can be implemented either by another branded feed or by the products available on the on-demand service.”

For Niall Curran, chief operating officer of Chello Zone’s parent Chellomedia, it is important to follow the lead of service providers in giving them what they need for on-demand services. “Our task is to be there as it’s needed,” he says. Chellomedia’s most promising venture in this area is its SVOD service in the Netherlands. The basic model, he says, is to deliver SVOD services to accompany and complement the linear channels.

While the BBC has seen great success with iPlayer in the UK, it has yet to take it out to the international market. However, the corporation’s Global Channels unit, a division of its commercial arm BBC Worldwide, has been developing a broadcast SVOD service. While launching linear channels forms the core strategy, says Dean Possenniskie general manager and senior vise-president EMEA, VOD could offer a key route to market. “Part of the reason that pay-TV has held up well in this recession is the value for money that’s being offered through new technology such as VOD and HD. So it’s critical that we’re bringing a strong VOD package to market, with very good content within it,” he says. “Our focus is on channels and building those channel brands, but we definitely think that VOD is really important and we have been working over the past six months to build a branded SVOD offering that we can take to platforms. As a relatively new channel provider it’s an important means of market entry.”

For sports broadcasters, the live nature of events means a traditional VOD services is unlikely to prove popular with sports fanatics, but catch-up services might work. “Live sport does not have a long shelf life,” says Eurosport’s managing director distribution and development Jean-Thierry Augustin. But that’s not to say recently broadcast footage loses its appeal instantly. Catch-up services that allow users to watch a match they’ve missed within a few days can be popular. While Eurosport sees most value coming from live coverage of  sport, it has launched a catch-up service with several operators in Europe. “Live sport is something viewers want to see directly or rapidly after the event,” says Augustin. “But we believe there is a market for catch-up TV if it enables viewers to catch-up on a game or event that they have missed.”

In terms of online catch-up services, BBC iPlayer was the success story in Europe when it launched last year, boasting 271 million requests to view programmes during the year. Its popularity has carried on into this year but the BBC is not alone, with similar services from the likes of Channel 4 and ITV in the UK, and TF1 and Canal Plus in France also proving popular. The demand for online catch-up service has not gone unnoticed by international broadcasters. “I believe without a shadow of a doubt that the internet is the future of television,” says Linda Jensen, CEO, HBO Central Europe. “I don’t believe any serious channel brand will continue to exist ten or fifteen years from now unless it begins to generate significant traffic to its own website for its own product in the near future.”

Most broadcasters dabbling in the online space are focusing not only on developing their own websites, but also syndicating content to certain third party websites – whether via general-interest websites including YouTube or niche players.

According to MTVNI’s Singh, broadcasters must be prepared to develop own destination sites as well as syndicating content to third parties. “While we do invest in strong verticals around our channel brands, such as Comedy Central through key properties like South Park with the southparkstudios.com site, we are also more than happy to work with high traffic aggregators such as MSN.” There is also a third option, Singh says – content embedding: “It’s a great way to empower consumers to evangelise your content. We’re certainly seeing very significant incremental streams and consumption where we have this functionality in our platforms and it’s something we’re very focused on rolling out further.”

Discovery International has improved the video functionality on a number of its websites recently but still sees value from third-party sites. “Online platforms provide opportunities for Discovery to add breadth to its offering and extend its reach to the widest possible audience,” says Ricca. “We’ve refreshed our website assets with new content players and other rich media applications to create a more interactive user experience. We have also extended our network strategy with online destinations…including a recent partnership with Baidu.com in China and the launch of four international YouTube channels last year.”

As with sports, questions also remain over the relevance of VOD for news content, although some broadcasters have still forged ahead with on-demand packages. However, there is little denying the relevance and popularity of delivering online video footage – something that can give users instant and graphic coverage of events, especially whilst away from home via computers and mobile phones. The BBC recently signed a deal with UK newspapers the Daily Telegraph, Guardian, Independent and Daily Mail to share its video content on their websites. Video news covering UK politics, business, health and science/technology will be made available in a branded video player.

Sky News in the UK has the advantage of being part of a larger organisation with a significant online presence, which has contributed to its view that it is best to rely on its own proprietary platform for distribution. “Partnerships make sense in getting reach, but having control of our product means it’s best to go it alone,” says Steve Bennedik, head of technology at Sky News. The channel’s online presence was revamped this year with enhanced graphics and video features. “In terms of online we have had strong growth over the last year,” says Bennedik. Sky News’ online audience is 65% UK-based but it has a significant – mostly expatriate – and growing international audience. The channel has moved some way towards integrating its broadcast and online news teams by basing them in the same facility. “For Sky News today, all platforms are of equal importance,” says Bennedik.

France 24 has also embraced online, both through syndicating its content to third party sites and via its website France24.com which attracted seven million users in June. According to Philippe Rouxel, vice-president worldwide distribution, France 24, spreading content across third party websites has helped the brand gain visibility and a larger audience in a short period of time. “Given the nature of the channel, when you join and collaborate with other key media, it also adds credibility to your editorial,” he says. He warns, however, that broadcasters should find a balance between syndication and developing their own core audience.

Middle East news provider Al Jazeera has made a play in the mobile space and has even managed to attract a significant number of paying customers, according to Phil Lawrie, director global distribution Al Jazeera Networks. “Our mobile service is deployed on over 60 operator platforms with a quarter of a million paying subscribers,” he says. “We established our bespoke Al Jazeera English VOD bulletin this year which is tailored to the small screen of website media players and mobile handsets and this service is gaining increasing traction with partners.” July also saw the launch of the Al Jazeera English iPhone application. “We continue to be very active in all technologies,” Lawrie says.