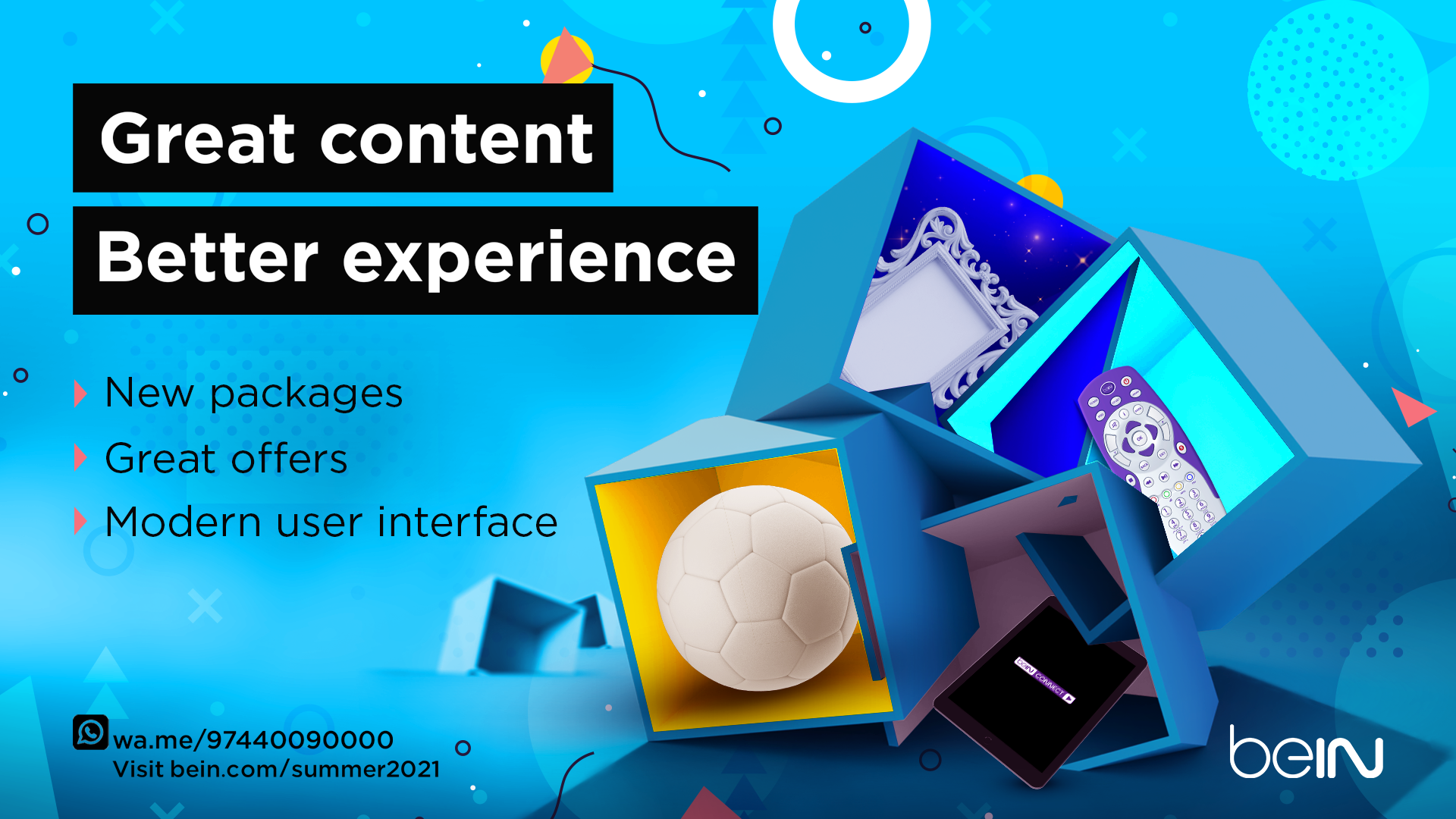 beIN Media Group has announced the launch of upgraded packages, new channels and a facelift for its STB user interface.

The new packages available across the MENA region promise to provide subscribers with additional benefits, and replace the existing basic, entertainment, sports, premium and elite tiers.

The new tiers include the Together package, which offers 70 channels across movies, series and sports; the sports-oriented Kick-Off package; the Premium tier which includes access to coverage of the UEFA Champions League and English Premier League; and the all-encompassing Ultimate package.

Each of the tiers also offer a varying amount of credit to be redeemed on the beIN On Demand Store and Box Office each month.

The company has also announced the launch of new premium channels: beIN Sports 1 Premium, 2 Premium and 3 Premium. These channels will cover the top-tier sports competitions to which beIN holds the rights.

Lastly, beIN has launched its new proprietary user interface on all PVR and 4K set-top-boxes. The new UI promises to enable customised navigation and generally optimise the user experience. The new user interface comes with a more modern and stylish look with an improved and organised menu.

Mohammad Al-Subaie, Acting CEO of beIN MENA said: “We are extremely delighted to announce these new and enhanced packages for our subscribers across the region. As families gather around the television during the holy month of Ramadan, as well as a summer full of world class sports content including the UEFA Euro 2020 and Copa America 2021 coming up, it is the perfect time to subscribe to beIN.

“Our new smarter and simpler packages offer subscribers more sports programming, more entertainment content, brand-new channels, and exciting new features. We have also introduced a new and simpler interface on all PVR and 4k set-top-boxes, so that finding all of this great content is easier than ever before.”