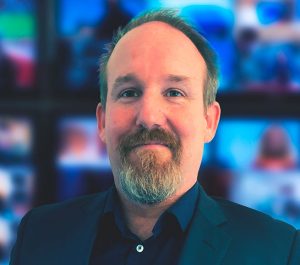 Streaming pioneer MaginePro has seen huge changes in the online video business since it launched a combined live and on-demand service in Sweden and then in Germany at the start of this decade.

Initially focused on its own direct-to-consumer offerings in these markets – and subsequently also in the UK and Spain – the company, then known simply as Magine, launched its MaginePro technology and commercial services arm in 2016, providing its hard-won expertise to B2B partners around the world.

Delivering a consumer OTT offering from scratch without the backing of a major media organisation is, to say the least, an extremely challenging business, and MaginePro is now fully reoriented as a B2B platform provider, having exited its German consumer business – which last year won the Stiftung Warentest award for Best Streaming Provider in Germany ­– at the start of the year.

Boyle, who has a 24-year track record in sports media says that MaginePro is as an end-to-end OTT platform provider, but one that works with “a few partners” with specific expertise, such as cloud computing giant AWS and payment specialist Adyen. Boyle said that MaginePro’s relationship with AWS is “particularly strong”.

“We focus very much on providing an end-to-end platform with a few partners. We are open to third party integrations and we’ve chosen the best-in-class providers with different areas of expertise,” says Boyle. “If a client has a preference to work, for instance, with Akamai for the CDN part, we can do that.”

Magine’s main area of focus, he says, is on mid-sized companies looking to execute on their streaming strategy.

“My goal is to bring the ability to go OTT not only to the major rights holders and aggregators, but to tier-two operators, whether those are sports companies, production houses or ISPs,” he says.

Sports leagues, federations and clubs, in particular could stand to benefit from the technology, such as Live Events, that MaginePro has to bring to the table, says Boyle. His knowledge and experience of this sector was one of the major reasons the company sought him out.

“MaginePro hasn’t been deeply involved in sports until now, but we are looking to work much more in this sector,” he says. “Sports content has maintained its value, especially for live distribution. We really believe we have something to offer to this group as well as the SVOD and AVOD service providers that MaginePro has traditionally worked with,” he says.

Other related markets that MaginePro is interested in offering help to include the burgeoning world of professional esports and the closely related phenomenon of YouTube influencers.

Boyle says that YouTube has served as a great promotional vehicle for many but adds that “many want to break out to give themselves more freedom to monetise and brand their content”. Esports rights owners also want to develop distribution of their content outside the realm of Twitch for the same reason, he adds.

“From our perspective, content is content. We can build a platform for and help monetise any type of content that people have, whether that means live linear streaming, pay-per-view or AVOD,” says Boyle.

What the company provides that sets it apart is flexibility and speed to market, he adds, with ongoing client consultation and the ability to enable people to test things out without making a long-term financial commitment.

“We remove barriers to entry in terms of cost. While we can provide completely customised apps, our bread and butter is to provide a templated solution across as many as 15 types of device that can be customised in terms of branding, look and feel but is something that can be delivered in a very short time span,” says Boyle. “Another of our USPs is to go from contract to delivery quickly. We can turn a project around in four weeks with global reach through multi-currency offers & language localisation.”

The company currently services a range of AVOD and SVOD providers, and recently secured the Best in Test Swedish Streaming Services Award for client Draken TV. 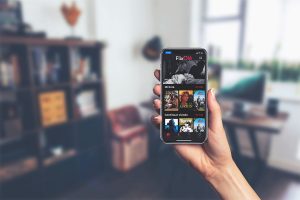 FlixOlé’s owner Dinamedia sought out MaginePro to launch a global subscription video-on-demand service, that could scale and deliver the largest library Spanish films and be available to audiences on multiple devices.

The company used MaginePro’s platform to create a branded SVOD service that is available on iOS and Android devices, Samsung Tizen TVs, LG and the web. 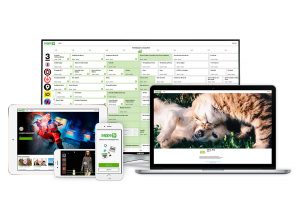 The solution ingests and integrates Sappa’s metadata into the MaginePro Console, giving Sappa back-end control to edit and manage metadata and enforce content rights, while integration with Sappa’s CRM and subscriber data enables a frictionless login and user experience for Sappa’s existing customers, including the option to upgrade packages.

Looking at the market overall, Boyle says that MaginePro is offering something that will be attractive to new entrants that may have experimented with social media distribution, content providers that are currently working with local platform providers but want to expand globally, and those who have been delivering a modestly scaled service and want to make a step change.

One of Boyle’s first tasks at MaginePro will be to take its B2B proposition to IBC and “talk to as many people as I can”. The company is still at an early stage of marketing its offering commercially, he says.

“It is all about really focusing our energies on working with the right type of customer. OTT is more of a partnership-based business than a client-supplier business. We rely on our partners’ content and marketing and they rely on our technology.”