2020 is meant to see the rollout across the US of Next-Gen TV – the new generation of over-the-air services based on the ATSC 3.0 standard. Elke Hungenaert of Synamedia talks to DTVE about the opportunities and challenges for US broadcasters. 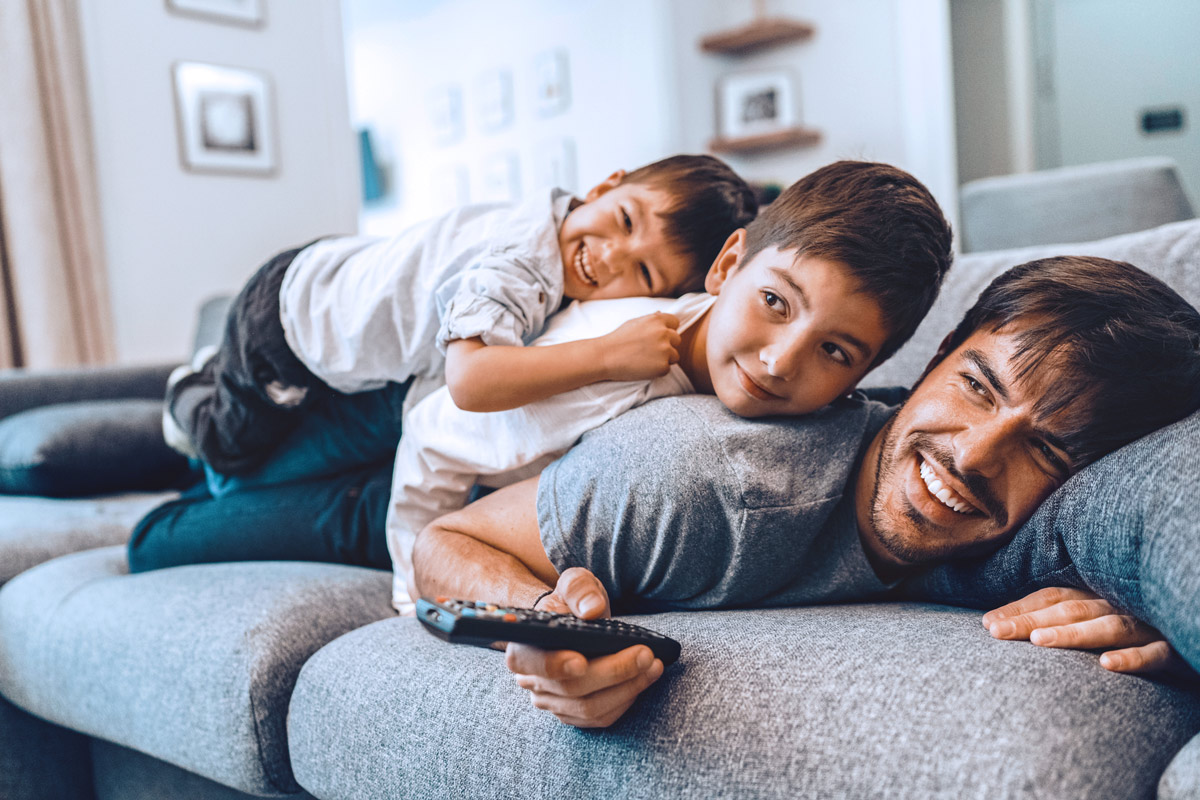 This year is meant to see the large-scale rollout in the US of Next-Gen TV – the brand name for services based on the new ATSC 3.0 standard – bringing new interactive services and higher quality video to millions of consumers across the country.

While delays and uncertainty caused by the COVID-19 virus seem likely to set back implementation timelines set before the crisis erupted, getting all the stars aligned to ensure that ATSC 3.0 is adopted at scale has never been simple.

While major broadcast groups support the standard and are agreeing to collaborate to ensure its successful rollout, adoption of the technology is voluntary rather than mandatory, which means that there is no national switch-off deadline for the transmissions based on the existing ATSC 1.0 specification.

The FCC has also mandated a five-year simulcast period, during which broadcasters must continue to transmit ATSC 1.0 signals. This, combined with the fact that no additional spectrum has been allocated to accommodate ATSC 3.0 services,means that broadcasters must work within strict prescribed limits as they develop new services.

Synamedia is among the technology companies that are actively facilitating the rollout of Next-Gen TV, notably by providing encoding, statistical multiplexing, packaging/origin and DRM functionality.

“ATSC 3.0 is a hybrid broadcast and IP-based delivery standard. It is the world’s first IP-based television standard. This implies it can carry internet content and services alongside the traditional over-the-air broadcast signal,” she says. “As it is IP-based delivery, ATSC 3.0 is a new and competitive broadband pipe. Given that transmission towers are spread all over the US, it providesa new broadband networkthat can deliver IP-based services all over the US as it leverages the same protocols that we use today in our broadband networks.”

The platform is fully-based on adaptive bit-rate technology to ensure a consistent Quality of Experience, and Hungenaert says that this means ATSC 3.0 can deliver synchronised low-latency live video, for example for sports events.

Another likely use case beyond straightforward broadcast to TVs is the use of the technology to serve TV to mobile devices, with the automotive industry an obvious target market.

While broadcast technology delivers scalability, mobile applications will require ATSC 3.0 receivers to be more widely deployed in devices, something that may meet with industry resistance from mobile industry players keen to encourage the use of mobile data or to develop their own streaming offerings. 5G could also be seen as a rival technology for automotive, but Hungenaert believes mobile technology and ATSC 3.0 are more likely to be complementary.

“What ATSC 3.0 brings is multicast by nature so it is suited to live broadcasts. There could be an advantage in bringing the live signal over ATSC 3.0 while 5G is really about unicast streams. There may be some rivalry, but the two technologies do complement each other as well,” she says.

Beyond streaming of complementary linear and non-linear services and mobile distribution, ATSC 3.0 can also enable broadcasters to deliver 4K UHD HDR television with Dolby Atmos audio, and the technology also allows broadcasters to use their spectrum to enable IP datacasting, which could be used to serve the Internet of Things or to deliver data to cars, for example.

However, while these use-cases are possible, it is likely most broadcast stations will focus on the essentials in the initial phase of rollout: getting a high-quality signal on air with complementary streaming services and, most likely, targeted, personalised advertising.  Second to that, expect to see broadcasters enhance their local flare, though a flourish of localised apps for news and emergency alerting.

In order to overcome the challenges that potentially could stand in the way of a successful deployment of Next-Gen TV, broadcast station operators are forming partnerships. The need for collaboration spans a number of elements. Hungenaert points out that channel-sharing agreements need to be in place for markets where there is more than one player active.

“There is the question of how you are going to pay for the infrastructure, power and cooling, the question of who actually owns the equipment, who operates it and pays the personnel,” she says.

In addition to over-the-air broadcasting, signals are also redistributed by the numerous large and small cable operators that most Americans rely on to receive TV. Onward distribution to MVPDs will be key to the success of Next-Gen TV.

“Together with partners we are providing an end-to-end solution that covers both the broadcast stations and the cable operators,” says Hungenaert. “TV stations in the US can be received over-the-air but a lot of local news and TV is received through cable subscriptions.”

This brings its own challenges, particularly if broadcast infrastructure is shared by multiple partners. Cable distribution deals may specify the bandwidth that stations must use, so putting more signals in the same pipe – even if that is thanks to a super-efficient codec – may mean that those agreements are breached.

The successful deployment of ATSC 3.0 also requires that televisions capable of receiving its signals are widely available. Leading TV manufacturers have gone some way to make equipment available, with about 20 different models being launched at the Consumer Electronics Show in Las Vegas in January. However, the majority of sets that are currently compatible with the technology are high-end models and there is a need for wider adoption in lower-cost sets.

No wonder then that Hungenaert believes that “non-technical” issues are “probably much more challenging than technical ones”. However, broadcasters also have an opportunity to use the technology to redefine what broadcast can do.

“It is up to the broadcasters to say this is what ATSC 3.0 can bring not only on the big TV screen but also to other screens – it is up to them to prove themselves,” says Hungenaert, who believes that the full rollout of the technology is likely to “be spread over a number of years”.

Synamedia’s role in enabling Next-Gen TV spans innovation in compression and multicasting, along with the provision of DRM. The company has been actively involved in the development of the technology, participating in early-stage implementations such as the high-profile market trial in Phoenix, Arizona.

“Efficient encoding allows you to free up as much spectrum as possible for applications such as targeted advertising or combining over the air pay TV channels with free-to-air services,” says Hungenaert.

For Synamedia, this does not just involve efficient HEVC/H.265 encoding for the ATSC 3.0 signal but delivering further improvements to that old-time workhorse MPEG-2 for legacy ATSC 1.0 services. This is particularly important given that five-year simulcast period. Next-Gen TV will only gain traction if it provides a wide range of services that consumers value – and that means optimising the use of bandwidth.

“We only optimise both the legacy and next generation codecs, but also address necessary processing in the DASH domain,” says Hungenaert.

ATSC 3.0 currently represents the cutting edge of what broadcast technology can achieve. Unlike DVB-T2, the up-to-date version of Europe’s broadcasting standard, the technology forsakes the MPEG Transport Stream for a fully IP-based approach to video distribution. For Synamedia, that means providing content security in the shape of DRM rather than broadcast-centric conditional access. As not all TV sets will be connected to the internet, that means deploying DRM that does not require return-channel connectivity.

Synamedia is also enabling stations to use the transition to migrate from an appliance-based infrastructure to a fully virtualised or cloud-based containerised infrastructure. This model could be ideally suited to an environment in which broadcasters have to share spectrum, allowing them to treat infrastructure as an operating cost rather than capital expenditure.

Virtualisation can also be applied to onward distribution to cable. “There are smaller MVPDs that have a physical receiver for ATSC 1.0. We can provide a virtualised reception point. Instead of buying a new ATSC 3.0 receiver which comes with necessary on-prem requirements and costs,stations can take the signal from a particular availability zone and we can deliver that service to their plant in the format that they want,” says Hungenaert.

This is particularly appealing given that many smaller operators will not have the bandwidth or appetite to support the wide scale of ATSC 3.0 services.Downscaling the video to H.264 and HD as a service, rather than forcing operators to invest in physical infrastructure to do it, will have considerable appeal and should help boost the number of MVPDs that join the Next-Gen TV bandwagon.

Next-Gen TV is on the way. It is unfortunate that the timing of the rollout coincided with the arrival of a hurdle that few anticipated. However, while COVID-19 may cause delays, Hungenaert says that Synamedia remains committed to participating in interoperability tests and figuring out ways to help broadcasters work through their channel-sharing strategieswhile trying out a variety of new business models.

This is sponsored content. For more on Synamedia, visit www.synamedia.com.