5G rollouts are underway, but it is still not clear which applications will drive consumer take-up. Video is likely to play a major part, but operators need space to experiment, as Thierry Fautier, VP of video strategy at Harmonic, explains.

5G is coming. Operators are now launching services in key cites and plans are afoot to expand coverage dramatically over the next few years. But questions over how much demand there is for the great leap forward 5G will bring in terms of bandwidth, and how much consumers will be willing to pay for the ultra-fast connectivity that the technology promises, remain unanswered.

Step forward video. Streaming video is one application that seems, on the face of it, to be made for 5G – costs notwithstanding – thanks to the technology’s ability to deliver a massive increase in bandwidth and extreme low-latency.

The leap forward in bandwidth that 5G will bring holds great promise for video. Currently, with 4G networks, many consumers have become accustomed to service providers’ practice of zero-rating, which enables them to watch unlimited amounts of video content from their provider without eating into their data allowance. However, high levels of demand for live video sessions means that the quality is often compromised, with streams defaulting to a very low-resolution to avoid buffering and freezing. 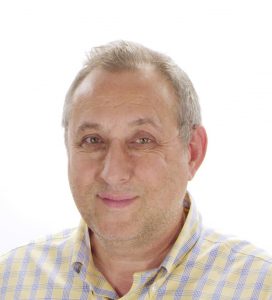 “The problem is that when you look at video on a phone that is capable of supporting 4K, the quality can be limited, especially for something like live soccer, where you often can’t even see the ball,” says Thierry Fautier, VP of video strategy at Harmonic. “This is where we think 5G can play a role.”

According to Fautier, 5G can provide sufficient bandwidth to support 4K HD quality video, “but we believe as most of the phones are 1080p capable, we will start with HD first. HD 1080p, even zero rated, is already a big leap versus what we experience today on 4G.”

Delivering 100Mbps simultaneously to millions of subscribers, combined with the low latency possible with 5G, could have a transformative impact on video distribution – especially for live streaming. Sports in 4K is today encoded with HEVC at about 25Mbps for reference.

One application that has been widely discussed is live-streaming of sports content from inside a stadium, enabling spectators to see more of the action than is possible from a corner seat behind a pillar, and instant replays of goals and other key moments for everyone else at the ground.

Delivering video to thousands of spectators gathered in a single space has proved challenging until now. Fautier says that eMBMS, or Evolved Multimedia Broacast Multicast Services, which was part of the 4G standard, proved disappointing, in part because it required an expensive base station upgrade as well as specific mobile device functionality.

However, in the case of 5G, the 3GPP release 14 eMBMS will be supported by the network and devices from the start, and the network will be able to deliver the bandwidth to support the service.

The challenge of delivering content to a large number of people gathered in a small area such as a stadium remains considerable. Various solutions are under consideration. One is to restrict replay to the stadium from a local MEC (Mobile Edge Computing) server, which could be more achievable than uploading content to the cloud and making it available from there.

“You can capture a live event and transmit it via eMBMS to people in a stadium. Then you can capture a file for time-shift viewing and let people replay a clip of a few seconds, which can be streamed out of a local MEC server in the stadium in unicast over 5G,” says Fautier. MEC is another innovation that 5G brings.

Harmonic recently tested in-stadium delivery of sports content with France Télévisions. The trial, which was centred on the delivery of 8K coverage of the French tennis open using a 5G network at 250Mbps, employed unicast delivery only. While France Télévisions and Harmonic used reception via a PC as decoder for the purposes of the trial, the intention was to demonstrate the potential for the delivery of 8K unicast streams to two Sharp 8K smart TVs. IP streams were uplinked to base stations serving showrooms belonging to France Télévisions and network partner Orange respectively. Harmonic also tested the playback of file-based assets to phones over 5G in the Orange showroom. 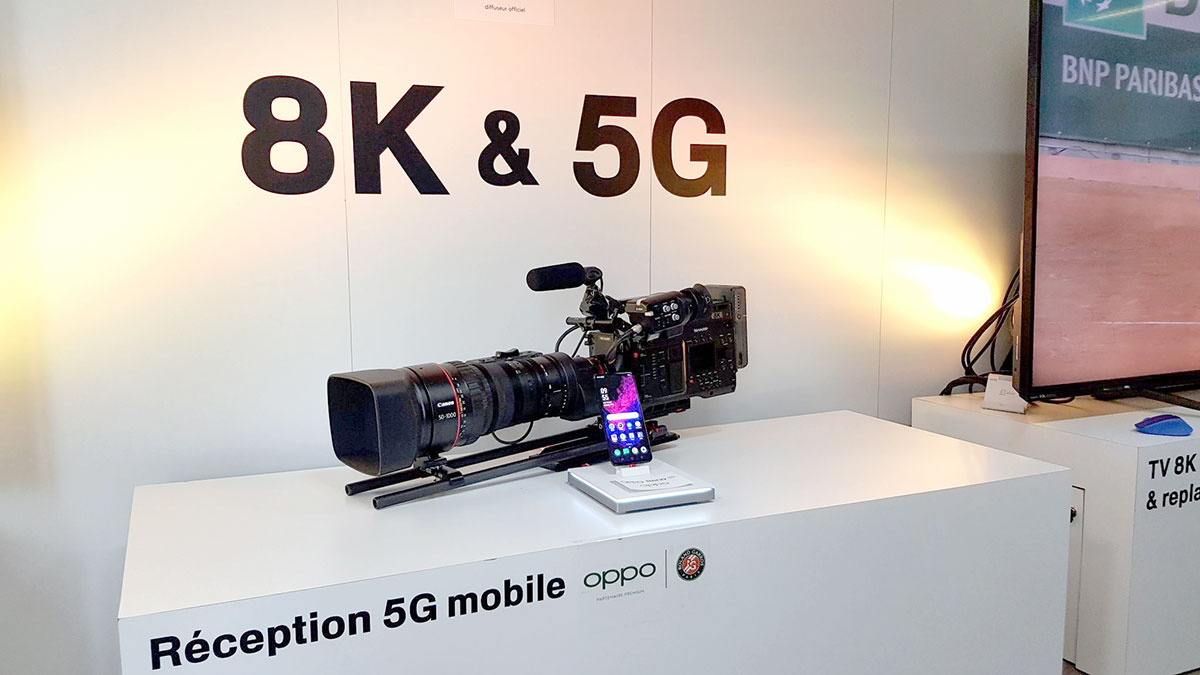 Multicast distribution could have a much wider application than in-stadium delivery of content in the future of course. Much attention has focused on mobile delivery and in-stadium applications, but eMBMS, as defined in Release 14 of the 3GPP standard, could theoretically hold the potential to ultimately serve as a complement technology for digital-terrestrial broadcast.

While broadcasters have been highly protective of their terrestrial distribution networks, they know that in the long terms more people will want to view content on mobile devices – something that could also generate pressure over the future use of spectrum for broadcasting. This is an approach developed by the EBU in Europe, while in the US, some broadcasters plan to use ATSC 3.0 to transmit to mobile devices.

“In principle, a multicast stream can be transported direct to the mobile device, replacing terrestrial distribution. The technology would be built into your phone and you wouldn’t need a SIM card,” says Fautier. “Broadcasters want to be able to offer their content to everyone.”

With a 5G phone, consumers should be able just to download an app and start watching their favourite free TV channel in high quality up to UHD, without any scalability issues. Fautier says that there is a strong level of interest in the technology in countries including Germany. “There will be trials, this year and next – there is a strong level of interest, including from the EBU,” he says.

Other applications that could drive interest in 5G video in the nearer term include virtual reality and what Fautier describes as immersive personalised 8K streaming services.

First 8K is the only technology that can capture the entire field (whether in tennis, soccer or baseball). “We think there could be interest in this because it is already being done in the broadcast production domain. For sports content, you capture 8K content and via a tiling mechanism, you consume content on your legacy device on a moving window that follows the action and only transmit to the resolution of the device what you watch,” says Fautier.

Harmonic and partner Tiledmedia worked on trialling this during the French Open tennis tournament. 8K coverage was encoded into an HEVC mezzanine file by Harmonic and sent to the cloud where Tiledmedia’s ClearVR streaming technology created a ‘tiled representation’ of the clips that was accessed via a Samsung mobile phone. The technology enabled users to choose between a ‘zoomed out’ view of the action or zoom into get a closer view without any visible loss of detail. Harmonic and Tiledmedia also recently showcased this ‘personal 8K streaming’ application with Hong Kong telco PCCW at the HKT 5G Tech Carnival.

“People want to have a more immersive experience with sports and an interactive and immersive personalised video would be a good way to promote 5G to consumers on their mobile devices,” says Fautier.

Despite the successful conclusion of trials, Fautier is keen to emphasise that work on 5G video is still at a relatively early stage. The positive impact of the technology will take some time to be felt as operators build out their networks and experiment with applications that consumers are likely to be attracted to.

For the general public, for example, live mobile broadcast TV, which is attendant on seamless 5G coverage, may have less appeal in the near term compared with easily accessible file-based video-on-demand. Virtual reality is one potential application that could take advantage of 5G, but up until now the appeal of VR has remained limited, except for gaming. Quality of Experience at scale for zero rated services, in-stadium delivery combining live streams with file-based replay clips and personalised streaming 8K video are all potential applications that could capture the public’s imagination and give them a real sense that 5G is delivering something new, but no-one really knows for sure what will be the killer video app of 5G in the video space. Nevertheless, it is clear that mobile operators need to come up with compelling applications to sell 5G to the public.

“All this has to be tested. We have to be careful not to recommend one size that fits all. You have to try things before you know what works, and that is why operators are in test mode,” says Fautier.

For Fautier, it therefore makes sense for broadcasters and service providers to experiment, and they can do this at relatively little risk by tapping the potential of cloud technology.

“You can do all the processing and origination in the cloud and you can use a CDN or a mobile edge network – MEC node – to distribute the content,” he says. “Harmonic can provide an end-to-end solution, with partners, with most of the heavy lifting done in the cloud.

Ultimately, he says, superior bandwidth, married to the ability to deliver more sessions at scale, means that moving from 4G to 5G will be a bigger step change in the mobile experience than the switch from 3G to 4G. In the meantime, service providers need an opportunity to try different things out and see what works.

5G rollouts are in clear sight, but the applications that will drive take up are only just beginning to come into view.