Why social media may be OTT’s best friend

The role of pay TV as the traditional aggregator of content is under pressure and there is plenty of evidence of the inevitable re-aggregation of content under different banners; Apple, Amazon, Netflix et al. However, consumer habits are changing and, enriched by the diversity of fragmented offerings, disaggregation may yet have a significant impact, says Joe Foster, CEO and co-founder of Easel TV. 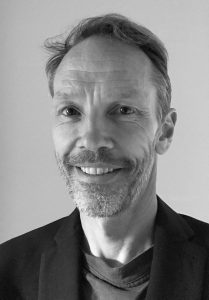 In June 2012, not long after we started building what we saw as white-labelled online cloud TV and entertainment services; better known these days simply as OTT services, I was sat in our offices with Tom Rogers, the then CEO of TiVo.

Tom was fascinated at the All3Media direct-to-consumer service we had just released to the market on Samsung smart TVs in the US and the UK. We had also just done Spotify on TiVo in both the US and for Virgin Media in the UK.

Tom got what we were doing, but at the time he wasn’t convinced. His point was that the consumer ultimately decides because they are the arbiter of business case success and the consumer would not condone regression, as he saw it – a then independent British TV production house going direct-to-market broke with the benefits of one simple holistic journey within a common UI.

The All3Media app involved content fragmentation in both the service offering and user journey. In his view at that time, it introduced the painful concept of searching for apps for individual pieces of content you want to watch. Furthermore, it seemed logical that the economies of scale would dictate that packaged bundles would remain better value than lots of individual subscriptions or app purchases.

But now, cord-cutting has already challenged the bundle, and social media means content discovery and app adoption is no barrier; the world has changed.

Generation Z and the trouble with packages.

You can’t argue with Tom’s first point – the consumer is indeed the arbiter of business case success. But the problem with packages is that while they give you what you want, which is your rationale for paying, they also give you a lot of what you don’t want.

The current Virgin Media-UKTV dispute is perhaps a case in point. Where once broadcast – free or pay – was the only source of content, whether you wanted it or not, now we have OTT.

UKTV Play is not only a fully branded standalone source of all 10 UKTV channels’ content, it offers the consumer the benefit of anytime viewing, box-set binging, watching shows before they are broadcast and personalisation though a playlist of ‘my shows’ and sharing your experience on social media. And it’s free on a multitude of devices including many smart TVs and add-on devices that are no doubt also in Virgin Media TV homes.

TV packages matter when entertainment is based on channel brand, but not when it is based on content; e.g. show, film, series, lifestyle, celebrity, interest or following – club, community, charity etc..

Generation Z gets this. They share content, not channels. They adopt apps via a click from a social media recommendation. They time-shift common experiences through viral trending timelines that play to on-demand formats. And most of all, they decide what is a success by collective adoption – they are they arbiters of sustainable business. Just as Tom acknowledged but perhaps not in the way any of us foresaw. Cue YouTube.

YouTube channels can spring up overnight. They are global and, thanks to social media traffic, easily attract big audiences. They offer free global hosting of HD video, good analytics – for anyone bothered to dig – and advertising and subscription tools.

Perhaps YouTube – or Netflix, Apple or Amazon – will become Tom’s holistic unified UI channel aggregator of the future. But I don’t think so – at least not as it stands. YouTube – with Facebook, Twitter et al also vying for the role – takes care of long-tail content but has its limitations. These social platforms are not a natural home for long-form content – TV, film and other entertainment events. They also have content protection issues, brand ownership and positioning issues, and what earning potential there is drains off into Google’s and the others’ coffers. There is too much loss of control of data, brand dilution, and too much revenue being demanded. Too much of the ownership of product and consumer is being being lost.

YouTube, Facebook and Twitter add value, but as showcases or audience-generating hubs for a far more extensive, exciting and exclusive OTT destination that can deliver additional benefits.

I feel it makes more sense to use YouTube and the other platforms as generators of audience, leading to OTT destinations that convert them to customers where income can be derived in multiple ways without restriction – subscription, in-app purchases, advertising and sponsorship. Within these destinations, the proposition can be developed via the operator’s own brand journey, with rich menus, collections, and playlists driven by their own editorial and scheduling objectives.

These are places where far more extensive and immersive journeys into the subject matter can be fostered – a branded and appropriate content-based experience and not just a content slot in a channel. This is much better than a fleeting experience in a broadcast schedule; it is rather part of a shared experience: immersive, engaging, interactive and communal.

My view of the consumer as arbitrator of entertainment success is that they will also pick and choose, at a personal interest level, what they want and are prepared to pay for – sports fans, people with a lifestyle compulsion, those interested in food, fashion, festivals, and so on. And if the content owners, from studios and production houses down to individual celebrities and chefs, can make more money and create brand communities, then disaggregation and fragmentation may win out.

But disaggregated services aren’t just about building a website or an app. That’s a long way from creating an OTT service that is administered via cloud systems that allow full editorial, scheduling and publishing of the OTT channel across all devices, taking payment, inserting video and banner adverts, registering users, presenting detailed analytics spanning top grossing sales and individual consumer views, and reconciling wholesale billing of acquired content.

But of all the facets of a good OTT service, the most imperative is to enable the publishing and sharing of content on social platforms, to provide marketing tools for promoting the content as a destination, and to measure the audience response to this to optimise marketing spend and to enhance audience value in order to reduce churn.