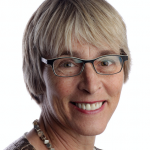 Recent months have seen a plethora of mega-media deals on boardroom tables. No doubt more will be coming, but not all will work out. All this buying and selling looks on the face of it to be about one thing: that bigger is better. But is the calculus as simple as size wins?

Look at the recently tanked deal of Danish telco TDC buying the entertainment assets of Sweden’s Modern Times Group (MTG). Lauded as creating the “ﬁrst truly convergent media and communications provider in Eu-rope”, the deal was unceremoniously dumped only a few days after it was announced. The reason? TDC received a sweetened takeover offer from a consortium led by infrastructure group Macquarie and the latter was wholly uninterested in the MTG assets, which by their very nature are riskier than the cash ﬂow to be reaped from relatively predictable tele-coms infrastructure.

Has TDC missed an opportunity? Perhaps. There’s no doubt that MTG – or parts of it – will still be very much in play, given that major shareholder Kinnevik is facing a TV concen-tration issue following the merger of Tele2 and Com Hem. Perhaps MTGx, the group’s high-growth business, including online busi-nesses and eSports, could be spun off.

The failure of the TDC-MTG deal doesn’t cloud the overriding view in media that scale matters and that ownership of content assets is a key differentiator.

Look at the continued moves by Liberty Global to work with Vodafone in markets around Europe. Liberty is looking to sell “over-lapping assets” in markets where the two players both operate, namely Germany, where Vodafone already owns Kabel Deutschland. Scale matters.

And look at Telefónica, which has seen its video ARPU grow 8% in 2017 off the back of its investment in content – including original commissions like La Peste, which helped drive viewing to its on-demand platform. Content and especially content that appeals to local tastes, is going to be increasingly important to drive attention and audiences to any service, be it a triple-play communications provider or a local broadcaster.

Indeed, in a world where Google, Amazon and Facebook are increasingly focused on vid-eo, it is no wonder that scale appeals. The big legacy media players are facing ambitious and deep-pocketed tech companies that are com-ing to eat – or at the least eat into – their lunch.

Christmas 2017 produced the shocking news that media’s consummate mogul Ru-pert Murdoch was throwing in the towel and selling the bulk of the 21st Century Fox enter-tainment business to Disney. He may be in his 80s but Murdoch is still very much with it. His view is that the big tech giants are best fought by joining forces with a bigger player.

“From a strategic point of view, this is the right time to sell,” Murdoch told reporters and analysts when the deal was announced. “We are living in an age of disruption.”

The US$66billion (˜54 billion) deal will see the Fox movie studio, television produc-tions, and international businesses, including Star TV in Asia and Sky in Europe, go to Dis-ney. Disney’s ambitions in over the top servic-es – and its majority ownership of BamTech which gives it control over its OTT technolo-gy – combined with Fox’s content, its stake in Sky Europe and ownership of Star TV should help propel the new Disney-Fox combo to build out alternatives to Netﬂix and Amazon services much faster. OTT is key to future growth as the appetite for SVOD services con-tinues to grow.

The demand for premium episodic drama series has gone through the roof, driven by the growing appetite of the big tech platforms for stand-out series that will raise their visibil-ity among potential subscribers and as Face-book and YouTube up their video ambitions, among advertisers as well.

Meanwhile, HBO is thinking more inter-nationally about both HBO Go, it’s OTT offer, and about its content, while Netﬂix and Ama-zon are also ramping up commissioning that appeals to local tastes. The likes of HBO, and producers and distributors from Fremantle-Media to the BBC are all having to move more quickly – and greenlight projects faster – as the competition for A-list talent grows.

Not to say that there aren’t partnerships to be struck between the tech giants and the leg-acy media companies with both broadcasters and platforms co-commissioning with Netﬂix and Amazon. It’s not a zero sum game. At least not at the moment. But Disney, which has pledged to no longer sell its content to Netﬂix, is clear that building its own scale business is key to thriving going forward.

Meanwhile HBO parent company Time Warner is also part of the scale-play land-grab, having agreed last year to be bought by tele-com giant AT&T. The combination of big telco AT&T and big media company Time Warner has an increasingly familiar ring. The scale-play, including vertical integration of distri-bution and content assets, is now considered the sine qua non of survival in the “disrupted’ media landscape.