Ovum: The rise of the TV re-intermediaries 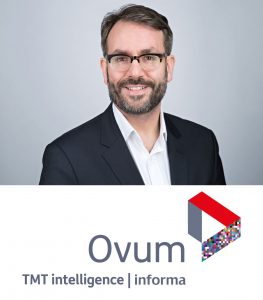 The ongoing unbundling of pay TV by Netflix, Disney+, and other direct-to-consumer (D2C) video apps will undoubtedly be one of the defining trends of 2019. But the year will also see Apple, Amazon, Google, Roku, operators, and others seek to insert themselves between these apps and consumers in new and disruptive ways – with major implications for how TV is discovered, watched, and paid for.

Ovum estimates that US$7.2 billion, or 22%, of total paid OTT video revenues flowed through such “re-intermediaries” in 2018 (see Figure 1). Consumers paid for UKS$3.9 billion of video rentals, downloads, and subscriptions via app stores and $2.1bn via telco bundles or their broadband or mobile bills, a mechanism known as carrier billing. A further US$1.6 billion of fees for D2C apps were billed via Amazon’s Prime Channels platform. Each re-intermediary took cuts of around 10–30% of these charges, equal to US$1.4 billion.

In 2019 and beyond, the TV re-intermediary market will expand beyond these key sources of revenue as Apple, Google, Amazon, Roku, and operators launch and evolve existing and new offerings around these strategies:

Netflix recently became the first app provider to publicly address the challenge of TV re-intermediaries, by dropping the ability of new users to sign up via Apple’s App Store. But it will probably be one of the few video apps powerful enough to convince people to subscribe independently and the tech giants to bend to its will; most consumers just don’t have time or interest to seek out and manage multiple video apps. For many D2C app providers, the future of TV might be less direct than they planned for.