It was clear from the very beginning of the coronavirus pandemic that there would be some turns for the industry, but one thing that definitely would not have been expected at this time was Liberty Global not only reinitiating a deal between its UPC Switzerland business and Sunrise – but turning from seller into buyer.

Announced this week, the Mike Fries-led Liberty Global announced out of the blue that it had agreed to buy the company to which it was previously trying to offload an unwanted asset.

Liberty Global has agreed to make an all cash public tender offer for all publicly held shares of Sunrise at a price of CHF110 per share, representing a premium of 32% on the Swiss operator’s 60-day average share price and giving the latter a total enterprise value of CHF6.8 billion.

It will allow Liberty Global to create a serious competitor to the market-leading Swisscom, with UPC and Sunrise having a combined 2.1 million mobile post-paid subscribers, 1.2 million broadband subscribers and 1.3 million TV subscribers.

(Swisscom meanwhile just announced that its TV base dropped from 1.56 million at the end of 2019 to 1.55 million by the end of Q2, that its broadband customers were at 2.048 million and that its post-paid base was at 2.39 million.)

While Liberty Global CEO Fries said that “the industrial logic of this merger is undeniable,” the deal was at least somewhat surprising given the abrupt nature with which Sunrise put an end to its previously agreed-upon CHF6.3 billion (€5.67 billion) acquisition of UPC and the current economic climate.

The announcement may have come at an unexpected time, but Paolo Pescatore, tech, media and telco analyst at PP Foresight, believes that a merger being revisited was inevitable.

He said: “A deal had to happen at some point. Simply a question of when and how rather than if. The move to dispose of assets in Germany and other East European markets gave Liberty Global the firepower to pull this move off.” (Liberty Global announced a massive sale of its German and central European businesses in July 2019 for €19 billion.)

The analyst also points to the proposed £31 billion merger between Liberty Global’s Virgin Media and Telefonica’s O2 as evidence of the company’s scope and ambitions.

With this in mind, the u-turn to go from seller to buyer comes as no surprise to the analyst, who says: “From a market perspective it makes perfect sense given moves towards combining fixed and mobile assets. Strategically, it allows the combined entity to benefit from scale and drive efficiencies.”

These thoughts were confirmed by Fries, who said: “This powerful combination of 5G wireless and gigabit broadband will accelerate digital investment at a time when connectivity has never been more essential. Fixed-mobile convergence is the future of the telecom sector in Europe, and now Switzerland will have a true national challenger to drive competition and innovation for years to come.”

The CEO added that the transaction “is another significant step on our path to create fixed-mobile champions in all of our core markets,” following on from the plans to merge the fixed line Virgin Media with the mobile-only O2.

This all lines up with the company’s ongoing strategy and serves to make the most of the state of the market, says Pescatore.

“The focus remains to create shareholder value. Following the fragmented nature of the European market, it has done a good job of disposing assets at a premium while consolidating in other markets. Convergence of network and services remains a battleground for all providers. Further opportunities lie ahead whether that be moves towards retrenching further or buying opportunistic assets in media.”

Holes in the Swiss plan?

While all signs point towards Switzerland being a continuation of a strategy we can see in the UK, there may be regulatory hurdles, points out Pescatore.

“It will raise eyebrows despite Swisscom’s dominance,” the analyst says. “Both entities offer an array of services beyond their core offerings. Therefore, the regulator will be keen to see that consumer choice and price competitiveness is maintained while ensuring firm commitments towards future investment in next generation networks.”

However he says that regulators previously approved the merger going in the other way so the deal will likely be safe from many changes. 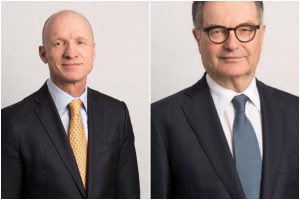 While regulators approved of the takeover previously, the one factor that stood in the way was Freenet – the largest shareholder of Sunrise which owns 24.5% of the company.

Freenet was extraordinarily vocal in its opposition, saying that “it is not a good deal” and that “Liberty Global has merely said it will participate at rock bottom prices with the money they will receive from a too expensive sale.”

The war of attrition between Sunrise and its largest shareholder however became so toxic that the telco’s CEO and chairman both resigned.

The major shareholder’s head has however been turned with this new deal, notes Pescatore. He says: “A combination of factors have led to Freenet supporting this new bid. This includes the value of this deal as well as the improved competitive position of UPC in the market.”

Summarising the deal, Thomas D Meyer, chairman of Sunrise Board, said: “In making this offer, Liberty Global is recognizing the quality and resilience of our business and its potential going forward. The board believes that the offer is in the best interest of our shareholders and will create opportunities for the Sunrise employees to be part of a fully converged national champion.”

For Switzerland, this deal represents the creation of a major competitor in mobile, broadband and TV; but for Liberty Global the merger is the latest step in its transformation to be the top fixed and mobile operator in Europe.