Nordic and international streamer Viaplay and Sony Pictures Television have agreed a multi-year extension to their long-term content partnership in the Nordic region.

The latest SPE films and television series will continue to receive their Nordic streaming premieres on the Viaplay service, where viewers will also have access to a range of box sets and classic movies. 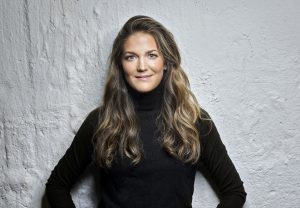 The deal will see new releases and catalogue titles from the studio’s canon of Marvel Characters come to Viaplay, following their theatrical runs and home entertainment windows, including Kraven The Hunter, Madame Web and Morbius.

Coming series include Accused and Without Sin.

Viaplay and SPE recently concluded long-term content deals that secure SPE content for Viaplay viewers in the Baltic countries, Poland and the Netherlands.

Filippa Wallestam, NENT Group chief content officer, said: “We are delighted to deepen our long-term partnership with Sony Pictures Entertainment. Viaplay will remain the first in the Nordic region to stream SPE’s hottest films and series, which will reach viewers faster than ever. This renewal reflects the value that our partnership creates for both companies. We look forward to working with SPE to bring even more world-class storytelling to millions of Viaplay subscribers in the years to come.”

Mark Young, EVP distribution and networks, EMEA, Sony Pictures Television, said: “It’s fantastic that Viaplay will bring some of our biggest ever box office hits, including Spider-Man: No Way Home and Uncharted, to the Nordics. We’re hugely excited to be expanding our Sony Pictures Universe of Marvel Characters too, and I’m sure Viaplay’s audience will love meeting Kraven the Hunter, Madame Web, and of course returning to the Spider-Verse when those titles arrive. This deal also opens a treasure trove of classics from our phenomenally vast SPE feature film and TV series library for Viaplay’s audience to enjoy. We’re thrilled to be extending this deep, broad-ranging and long-term partnership with the team at Viaplay.”