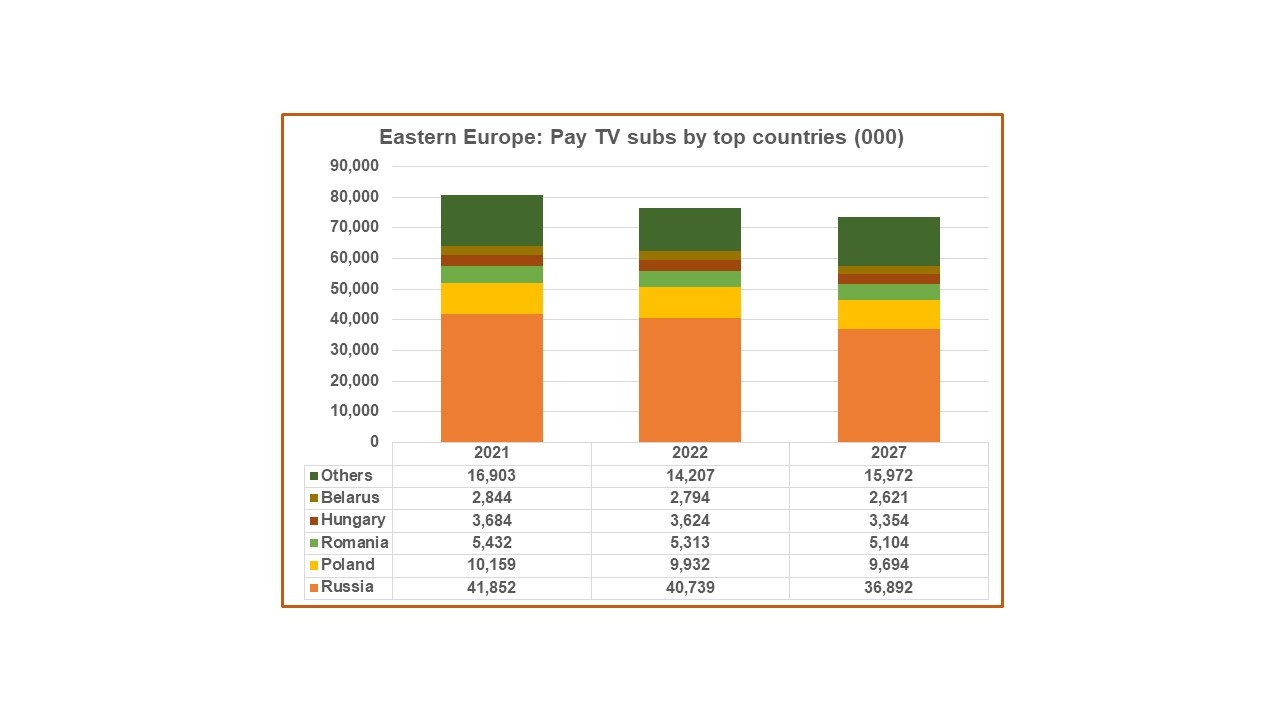 The Eastern European pay TV market is set to shrink in terms of subscribers across the majority of countries.

This degrowth is largely attributed to the continued shutdown of analogue cable services across the region, which will drop to zero by 2027 from a 2018 peak of 17 million. Digital pay TV subscribers meanwhile will increase by 9 million across the period.

In the forecasted period of 2021-27, the number of pay TV subscribers will fall in 18 of the region’s 22 countries, with the loss of Ukraine’s 2.6 million subscribers leading to a drop of 4 million in 2022 alone.

Simon Murray, Principal Analyst at Digital TV Research, said: “Russia will account for half of the region’s pay TV subscribers in 2027. However, Russia will lose 5 million pay TV subscribers between 2021 and 2027 partly as sanctions worsen the economic situation and due to some analog cable homes converting to FTA DTT.”

Murray adds that despite sanctions on Russia set to continue for some time it will remain a significantly sized market. The country’s largely insular market, with operators such as Tricolor and a strong local content production engine, will mean that the main impact on Russia will come from reduced household spend. Though even this will be limited as pay TV subscriptions are relatively cheap in Russia.

The analyst added: “We assume that Russia will withdraw from Ukraine before end- 2022. After the Russian withdrawal, we expect massive investment in Ukraine by Western companies/governments as well as most refugees returning home.