Dudu Mizrahi, the CEO of Israeli service provider Bezeq, has resigned after four years in charge. 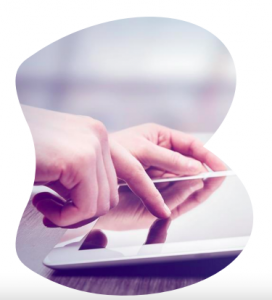 Mizrahi will continue to serve as CEO until a replacement is found and to ensure an orderly transition, the company said.

Mizrahi took the reins at Bezeq in 2018 after a tumultuous period that led to the resignation of previous CEO Stella Handler following an investigation by the Israel Securities Authority and the police regarding the company’s purchase of shares in pay TV provider Yes.

Bezeq had co-founded Yes in 1998 before taking overall control of the operator in 2015.

Also during 2018, a number of Bezeq board members resigned as a result of a corruption investigation involving then Israeli prime minister Benjamin Netanyahu.

Mizrahi led the company through the launch of its fibre network and is credited with increasing the company’s revenue and profitability, due to growth in broadband and business services.

“After more than twenty years at the Bezeq Group, and close to four years as CEO, I feel that now is the time for me to make a change. When I assumed the position of CEO in 2018, I found the Company in a state of post-trauma, trying to recover from the crisis it had suffered, and contending with a heavy debt, severe revenue erosion and a large-scale loss of subscribers,” said Mizrahi.

Today, four years later, Bezeq is a strong company, with consistent growth in revenues and subscribers, as well as a robust and healthy balance sheet. The substantial improvement attained in all the Company’s business parameters was gained thanks to the tremendous employees here at Bezeq, who invested considerable efforts and put their heart and soul into the task of facilitating the successful turnaround undergone by the Company. Today’s Bezeq is a strong company with excellent infrastructure, a high level of esteem accorded by its customers, a winning corporate management team, an exemplary organizational culture, in which the employees take pride in their workplace.”