Proximus hails growth in converged base

Belgian service provider Proximus saw its TV subscriber base rise by 11,000 in the three months to March, alongside a rise of 15,000 in its broadband numbers and 38,000 in its postpaid mobile base.

The company said that it continued to make progress with convergence and higher-value offers. The converged base grew by 15,000 to a total of 1.011 million, up 6.1% year-on-year.

Proximus had 1.732 million TV customers at the end of March 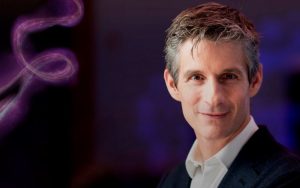 Some additional 88,000 customers opted for one of the company’s Flex offers, bringing its Flex base to 922,000.

On the downside, Proximus lost 53,000 fixed voice customers over the same period.

Revenue grew modestly by 1.2% to €1.097 billion, with domestic revenue up slightly more.

Proximus launched a new triple-play pack under its Scarlet low-cost brand during the quarter, combining Internet, TV and a mobile subscription, for a monthly subscription of €50, which CEO Guillaume Boutin described as the lowest price in Belgium