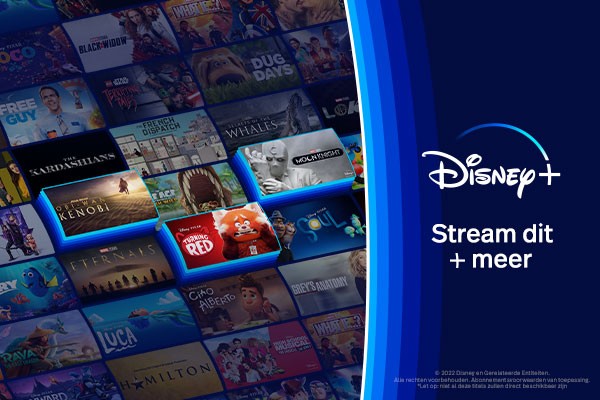 The deal will see KPN offer Disney+ to subscribers, while it also sees the continued carriage of ESPN sports channels.

Subscribers can add Disney+ to their KPN subscription for €8.99 per month, or the combination of Disney+ and ESPN Complete for €19.99 – representing a €5 per month saving. This is the first bundled offer Disney has offered in the Netherlands.

Disney is the exclusive domestic rights holder for the top-flight Dutch football league, the Eredivise, with all matches broadcast live on ESPN through 2024-25. The sports broadcaster, which operates on channels 221 to 224, also holds the rights to the KNVB Cup, UEFA Europa League, and NFL among others.

Jochem de Jong, VP Partnerships, TV & Entertainment KPN, said: “Endless entertainment for everyone, that’s Disney+ at KPN. From Disney, Pixar and Marvel to Star Wars, National Geographic and Star. New releases, Disney+ Originals, classics and much more. There is always something fun to stream and thanks to smart combinations, KPN can also do this very economically.”

Bart Verhoeven, director platform distribution of The Walt Disney Company Benelux, said: “With the combination of their fibre optic network, TV product and entertainment offer, KPN has been an important partner of The Walt Disney Company for a long time. We are delighted that we are now expanding our strategic partnership with Disney+. This makes the Disney+ streaming service available in a wide range of subscriptions, services and products from KPN. Moreover, KPN customers are the first in the market to order the new bundle ‘Disney+ and ESPN’ directly through all KPN channels.”