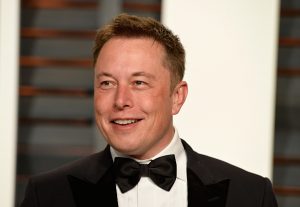 Elon Musk has made an unsolicited bid to buy Twitter for approximately US$43 billion.

The Tesla founder and world’s richest person is offering US$54.20 a share, representing a 54% premium on the January 28 closing price of Twitter’s stock, just before he began investing in it, and a 38% premium on the April 1 price, just before he announced he had acquired a 9% stake in the social media platform and subsequently declined to take up a board seat.

Musk has been an active – and controversial – user of Twitter, with some 80 million followers on the platform.

“I invested in Twitter as I believe in its potential to be the platform for free speech around the globe, and I believe free speech is a societal imperative for a functioning democracy,” Musk said in a note to chairman Bret Taylor cited in Musk’s filing to the US Securities and Exchange Commission.

“However, since making my investment I now realize the company will neither thrive nor serve this societal imperative in its current form. Twitter needs to be transformed as a private company.

“As a result, I am offering to buy 100% of Twitter for $54.20 per share in cash, a 54% premium over the day before I began investing in Twitter and a 38% premium over the day before my investment was publicly announced. My offer is my best and final offer and if it is not accepted, I would need to reconsider my position as a shareholder. Twitter has extraordinary potential. I will unlock it.”

In a transcript of a recorded conversation in the filing, Musk said that he was “not playing the back-and-forth game” and claimed that his offer was “a high price and your shareholders will love it”.

Expanding on his statement that he would reconsider his position if the deal does not go through, Musk said Twitter was “simply not a good investment without the changes that need to be made”.

Confirming it had received Musk’s offer, Twitter said: “The Twitter Board of Directors will carefully review the proposal to determine the course of action that it believes is in the best interest of the Company and all Twitter stockholders.”