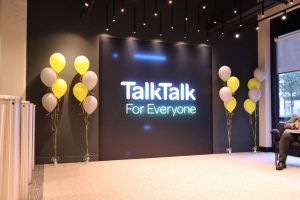 Several groups including Vodafone have approached UK service provider TalkTalk about a potential acquisition of the company, according to press reports.

According to reports in the Financial Times and Sky News, TalkTalk, which was taken private by its owners 16 months ago, has hired Lazard to review options following the approaches.

Vodafone is currently fifth-placed in the UK broadband market, and combining its mobile base with TalkTalk’s fixed broadband subscriber base would boost its convergence credentials. However, the FT reports, the mobile giant has approached TalkTalk several times in the past without any agreement over the valuation of the landline outfit.

TalkTalk was acquired by investment outfit Toscafund in 2020 with the promise that the latter would invest in the business to give it greater scale.

Vodafone, under pressure from activist investor Cevian Capital, has recently missed out on a consolidation opportunity in Spain after prospective partner MásMóvil opted for a merger with Orange.

Vodafone meanwhile rejected an approach for its Italian business by rival Iliad Telecom.

Sky News also reported that its own parent company, Comcast-owned pay TV operator Sky, may also be in the running to bid for TalkTalk.

The news service said that TalkTalk had yet to receive any formal offers and that there was no certainty any would be forthcoming.