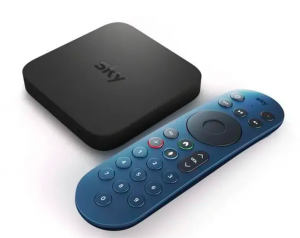 Sky is to make its Sky Stream puck device available as a standalone product for the first time, enabling viewers to access the pay TV operator’s content over the web rather than via satellite.

The Sky Stream puck was previously available to Sky customers who took its Sky Glass integrated TV as a multiroom option.

However, Sky has now made it available to subscribers who do not want to take the Sky Glass option, with the device able to operate independently of the TV.

The 4K HDR device uses the same UI as Sky Glass. Major streaming services are available, including Netflix and Disney+ as well as the broadcaster catch-up services.

Users can plug the Sky Stream puck into any TV to access Sky shows, channels, apps and features side by side including Sky (with Sky Atlantic), Netflix, ITV Hub, BBC iPlayer, Disney+, Apple TV+, All 4, Spotify, Peloton, PlayWorks and others, with voice command available.

Unlike Sky Glass, the Sky Stream puck will not have the 360⁰ Dolby Atmos sound, or quantum dot screen technology.

While the device doesn not include a recording capability, users can playlist  favourite shows across apps, channels, the TV guide and on demand. Past, present and future.

Later this year, Sky will also launch a high spec 4K smart camera that works  with the TV to unlock a range of new services.

Sky announced the launch of the Sky puck as a multiroom device at the same time as Sky Glass, following months of speculation that it would launch a pure streaming option enabling viewers to access its services without a dish.

The puck was a variant of the XiOne streaming box launched by parent company Comcast. The box was made available to customers of Sky Q, the pay TV operator’s existing advanced TV service, in Germany and Italy as well as to Comcast Xfinity Flex customers in the US.