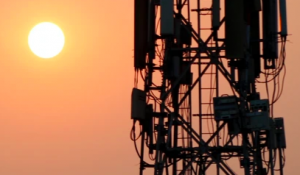 Telenet will sell 100% of the shares in a newly incorporated direct subsidiary of Telenet Group Holding NV, TowerCo, which will hold all of Telenet’s passive infrastructure and tower assets.

Telenet said the deal completes the strategic assessment last October and is line with a strategy that includes partnering to further develop its infrastructure assets and crystalize shareholder value.

Telenet’s tower business comprises 3,322 sites across Belgium, including 2,158 owned sites, of which nearly 38% are towers, and 1,164 third-party sites.

The company’s passive infrastructure business generated revenue of €61.2 million, Adjusted EBITDA of €55.1 million and Adjusted EBITDAal of €29.7 million for 2021.

Telenet will enter into a long-term leasing agreement with DigitalBridge and has put in place a provision to deploy a minimum of 475 additional new sites with Telenet acting as a subcontractor to TowerCo.

The deal is expected to close in the second quarter and does not require any further regulatory approvals.

Telenet said it intends to initially retain the net proceeds from the sale, pending completion of the planned creation of a new NetCo JV with inter-municipal utility and cable network operator Fluvius and an upcoming multiband spectrum auction.

Telenet last year signed a deal with Fluvius, which operates cable networks in the third of Flanders not covered by Telenet’s own network and whose networks Telenet currently leases, to combine their infrastructure in a new JV.