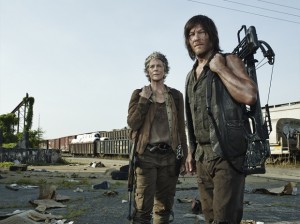 Vodafone said the deal reinforced its partnership with Disney, which already covers the distribution of the Disney+ streamer on the Vodafone TV platform.

Content from Fox that will be available to Vodafone customers includes the final seasons of The Walking Dead and New Amsterdam, while Disney Channel will bring series Marvel Moon Girl, Dinorsaurio Diabólico and Hamster & Gretel from the autumn.

“Our television channels offer highly varied content for different audiences and we are extremely happy to be able to offer this to Vodafone’s subscribers,” said Vincent Sourdeau, VP of programming for Disney in Spain.

Jesús Rodríguez, director of Vodafone TV in Spain, said that the agreement was important “for Vodafone to be able to continue offering the best quality content proposition in our country, with a great variety of titles suited to all audiences”.