Zegona Communications, the UK investment outfit and former lead shareholder in Spanish cable operator Euskaltel before its sale to MásMóvil, has said it is ready to make another investment in the European TMT sector. 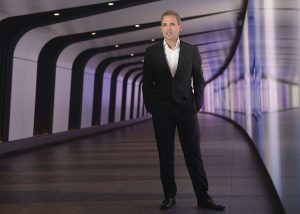 Following a return of 90% of the proceeds of the Euskaltel sale to its shareholders via a dividend and share issue, Zegona said it is now “in a similar position to when it was founded in 2015”, with “sufficient capital to provide adequate time and resources to secure another attractive investment opportunity within the European TMT sector.”

The company said that it had identified “well over 100 operators” in Europe ripe for consolidation, with “over half” of those fitting “our desired investment size” and matching its ‘buy-fix-sell’ strategy.

Zegona said it was “actively pursuing a number of attractive opportunities and [had] recently participated in a number of transaction processes” in “markets which we know well”.

The investment outfit said it would only complete a transaction that “meets our strict financial criteria”, however.

“We are currently working on a shortlist of attractive opportunities and hope to be able to discuss these with shareholders in due course,” the company said.

Zegona posted an operating loss of €34 million, including €29.1 million of incentive scheme costs or payments to management on redemption of shares.

Chairman and CEO Eamonn O’Hare and COO Robert Samuelson said they had agreed to reinvest a portion of the management incentive in the business, leading the management team to become its biggest shareholder. The pair waived their entitlement to bonuses last year and said no further bonuses would be paid until the company had made another investment.