South-eastern European service provider United Group has unveiled a joint management team for Greek pay TV operator Nova and service provider subsidiary Wind that will lead the merger of the two businesses, furthering its goal of creating a strong alternative provider of fixed, mobile and pay TV services in the Greek market. 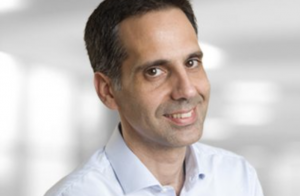 George Lambrou has been named as CFO. Michalis Anagnostakos, will be chief marketing officer and Christos Noulis will be chief commercial officer.

A chief technology officer will be appointed in due course. Dimitris Papazafiropoulos will serve as technical chief operations officer.

The combined company has around five million subscribers and a network of more than 200 stores.

United Group, which has already invested €1.4 billion in Greece since it first entered the market in 2020, says it will invest another €1.3 billion in the country over the next five years, focusing on priorities including expanding its fibre-optic network, rolling out 5G, and pay TV.

United Group CEO Victoriya Boklag said: “There is a tremendous amount of talent and skill in both organisations. We’re pleased to have a very experienced management team to lead them into the next phase of their development and to prepare their people to jointly make the most of the considerable opportunities the Greek market offers. I’d also like to thank Haris Kyriakopoulos for his contribution as Wind’s CEO over the past three months. During the transition period Wind and its team continued their outstanding commercial momentum.”

Nova-Wind CEO Georgiopoulos said: “I’m honoured to have been entrusted with my fellow management team members to lead the integration of Wind and Nova. I’m excited about the work ahead and the possibilities that will be unleashed as we combine these two great teams and transform the business. This is an opportunity to evolve and expand our offering to consumers and businesses, showcasing even greater dynamics.”