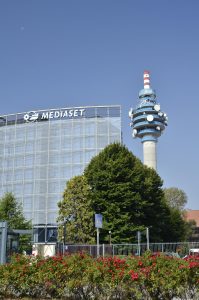 The channel, which is now on air, is dedicated to films and international TV series, including US blockbusters aimed at a family audience.

Mediaset acquired the channel slot – channel 27 on the digital-terrestrial network – from ViacomCBS, which has changed its strategy in Italy by removing its Paramount Network and Spike channels from the country’s digital-terrestrial platform to focus on OTT distribution via soon-to-launch subscription service Paramount+ and its Pluto TV free ad-supported streaming television (FAST) offering.

The overall number of channels occupied by Mediaset remains the same, with its R105TV channel moving to the slot formerly occupied by Italia 2 and both its former frequency and that occupied by VirginRadio TV being returned to the country’s ministry of economic development. VirginRadioTV itself will now air only on Sky and on the TivùSat free-to-view satellite platform.