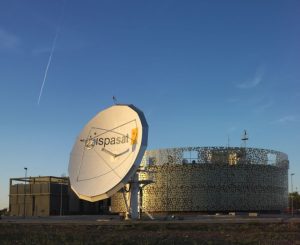 Spanish satellite operator Hispasat has agreed to acquire from telecom group Oi/Telemar the 19.04% of its Brazilian subsidiary Hispamar Satélites that it does not already own, subject to authorisations from the Brazilian government.

The move means that Hisapsat will hold 100% of Hispamar’s share capital. The Brazilian company operates the Amazonas fleet of satellites.

Hisapsat said the agreement strengthened its commitment it made to the Brazilian telecommunications market when in 2001 it acquired the Brazilian orbital rights at 61° West and established this subsidiary, with which it operates and markets the Amazonas fleet.

The American continent already accounts for 60% of Hispasat’s income.

At present the Hispamar fleet is made up of the Amazonas 2, 3 and 5 satellites, which provide capacity across the whole of Brazil and the rest of the continent, distributing C-band audiovisual content and direct to home (DTH) Ku-band television services.

In addition, the fleet has Ka-band capacity to provide satellite connectivity solutions and bridge the digital divide in rural areas.

The fleet will be joined in late 2022 by the Amazonas Nexus, a new satellite that Hispasat says will provide flexibility to offer rural broadband connectivity services and across land, air and maritime mobility environments throughout the Americas, the North and South Atlantic corridors and Greenland.

Clovis José Baptista Neto, President of Hispamar, said: “This operation is of great importance to strengthen Hispasat’s role in Brazil. This country has huge potential for developing satellite communications solutions, and we are ready to work with its public and private sectors on projects that bring the greatest value to their society.

Rodrigo Abreu, President of telecom group Oi, said that the agreement represents another step in the company’s strategic plan: “It is an asset that was expected to be sold in the modification of the Judicial Reorganization Plan approved in 2020. It is another step that we take in the process of improvement and transformation of the company.”