Discovery has joined the likes of Fox, NBCUniversal and ViacomCBS as a minority owner in advanced advertising business OpenAP. 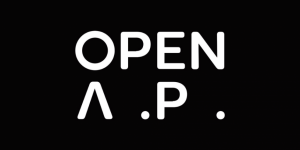 OpenAP is an advanced advertising company bringing “simplicity and scale to audience-based campaigns in television”.

For Discovery, the investment will see it extend its influence in audience measurement and comes at a time when it is set to merge with AT&T-owned WarnerMedia.

The companies had a pre-existing relationship with OpenAP going back to mid-2021, but OpenAP said that this investment “furthers Discovery’s strategy of building a technical framework that enables cross-platform audience-based buying and creating collaborative support for alternative currency standards.”

Jim Keller said: “Discovery is excited to take an active role shaping the future of advanced audience buying. Given our current momentum, influence and growth of audience-based sales, we believe Discovery can help further the work OpenAP has been doing to initiate meaningful change in the market.”

David Levy, CEO of OpenAP, said: “Discovery has long been a pioneer of TV entertainment with its iconic portfolio of content and direct-to-consumer experiences people love. The last two years have demonstrated the force of change that can happen when we take an audience-first approach to reimagining TV advertising for media owners, advertisers and consumers alike. We are grateful for the increased commitment Discovery is making to work alongside us on this journey of propelling further growth of the marketplace.”

Discovery’s buy-in was also welcomed by a joint statement from Fox, NBCUniversal and ViacomCBS execs, who praised OpenAP as “a catalyst for bringing programmers and marketers together to change the model.”